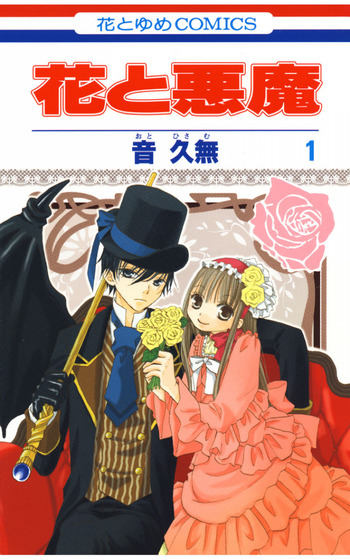 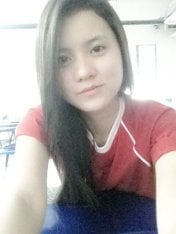 This is such a great work!

One of my favorite manga now.

And one of the best manga i've ever read!

i love the ending though it's sad, it really made me cry huhuh.

How i wished it never ended the way it was ended,

i'd like hana to live-long, or to ever change her form mortal to a demon like the othee manga would do, yet it was not like that and it really broke my heart.

Oh my God! I don't even know where to start! I have read this manga a long time ago, but I kept rereading it every year. That's how much I love it! It's basically one of my favorites. I really feel for the heroine because I also fell in love with a person I couldn't confess to. It is one of the purest love stories out there. I know many readers might be off with the age gap, but for me it didn't matter. The important thing is the touching story and the love between the human and the demon.

I'm not the one who likes shoujo a whole lot but the premise of this manga caught my interest regardless.

To summarize the plot: the demon Vivi leaves the so-called demon realm and comes to the human world. He finds an abandoned baby human and decides to take her in. 15 years later, Hana, a 14-year-old girl, lives together with Vivi in a mansion and we get to see different events play out.

The story is slow-paced at times, making the chapters feel pretty dragged out. One of the main issues I had with it was the story's conflicts. They were introduced (some better than others) but they were solved way too fast. Suddenly an enemy appears and attacks one of the protagonists! ...but it seems that the enemy wasn't that big of a fret after all.

Another issue is the relationship between Vivi and Hana. During the course of the story, Hana begins to develop feelings for Vivi, which she later finds out are romantic feelings. It's played off as the usual "children her age tend to feel things because... hormones." This felt a bit off considering their age gap, Hana being 14 and Vivi being +200 years old. This isn't anything new though, a dramatic age gap between a human and a non-human has been done before (take any vampire romance for example). The thing is that their relationship at first comes off like they're family. Vivi took Hana in when she was a baby, this would easily make people think that Vivi is Hana's father-figure. Guess what? You're wrong.

During one point of the story, they pretend to be family as to not raise suspicion while Vivi and another character need to be undercover. What do they pretend to be? Why brother and sister. This didn't bug me too much, but it would have been better left out. Hisamu Oto (the author as well as the artist) already walked a thin line between the two being family or not, but having a situation like that just made it lean too hard onto the "family" side.

The story overall wasn't anything new, I enjoyed the read for what it was worth. I can see why people who like shoujo would like this one. As for the ending, I consider it bittersweet but satisfying. It was brave of Hisamu Oto to include that ending and I admire her for that. It's not a flawless manga, but it's not bad either.

Anatomy looks wonky at times. Characters often don't have jawlines. Children look very similar to adult characters, the biggest difference being their height. The attention to detail for the clothes is very neat though. The character designs aren't lazy and I really enjoyed seeing characters wearing something other than just one single attire day in and day out. The cast in focus was easy to tell apart and their appearances matched their personalities. I've read many manga stories where the art style seems off at first but improves a lot later on (two examples being Hajime Isayama and Okamoto Lynn with their works Attack on Titan and Elfen Lied respectively). Setting wise, I'd liked to see more of the environment and the worlds (both the human and the demon world) in this story.

The characters pushed the story forward, some stood out more than others, there isn't that much to say here. Hana talked in third-person all the way through and made me question whether Hisamu Oto had ever met a 14-year-old in real life or not - because this is not how a girl her age acts. Fortunately, with the power of suspense of disbelief, I was willing to accept her behavior since she rarely left the mansion at all. Vivi's character wasn't anything new to me, he was the grumpy type, hard on the outside but soft on the inside - who am I kidding, he was a tsundere. Other characters I did enjoy were Velten and Eleanor and their subplot which did come with a payoff I found cute.

It was a cute story. Shoujo isn't my preferred genre, but as I said, the premise did interest me. I wouldn't recommend it to someone who wants to read a thrilling or exciting romance, but rather to someone who wants something with a slower pace and a not too dramatic ending. I liked it for what it was and what it did was good enough.

The storyline is nice, it's worth reading it but the ending is too much, I hated it.

My favourite demon/romance one I've seen in ages!!