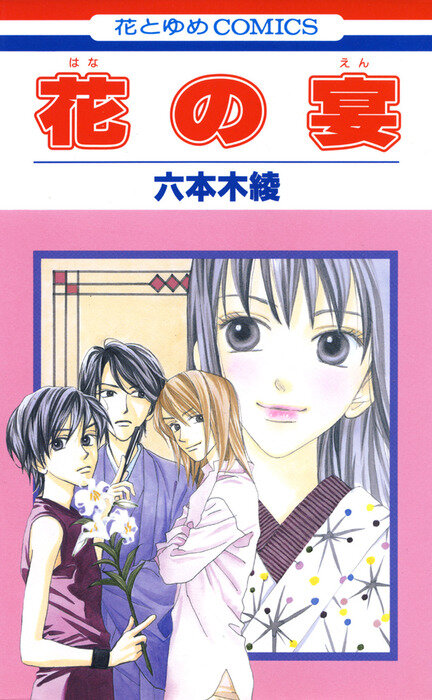 Koasa is training to be an Okami (receptionist) at her family's onsen (hot spring). One day she'll take over, but until then, can she deal with troublesome clients, and most importantly...love?

Girls who don't treat other girls well are pitiful indeed. Also, they're not consider charming at all. Sometimes they tend to show their kindness in a wrong way. You won't be able to catch anything unless your bait isn't tasty. You have to scatter it well...

While suffering from a broken heart, Sera moves in with her parents in their home in the countryside. Although Sera swore not to "get into a relationship for awhile" she meets Saji, a station attendant, and falls in love once again...?!

Futaba is a lonely girl who is sleeping with all types of men these days. But when a man who truly loves her appears before her for the first time...? This is a love story for girls who are lonely and sensitive.

Yokubou to Koi no Meguri: Rasen

You get a glance at the characters/couples lives after their graduation from school.

During the basketball club's training camp, some people were caught in a landslide with Kazuki miraculously being the only one to survive. Is there a meaning to his survival or...? In order to erase the trauma from the awful accident, Kazuki becomes addicted to women, while he still looks at the world with cold eyes. It's during this time that he meets a fellow classmate named Mana. Will she be able to change Kazuki's fate?

Nikaidou Nene has always carried a terrible burden--naturally curly hair. This unusual trait always brought only unhappy memories until one day a stranger comes to her aid. Meeting him again becomes her fondest wish. As she begins her life again and enters high school, she wonders what life on her own at the school's dorm will be like. Will she ever meet "her" golden haired stranger again?

An dreams of becoming a singer. One day, a talent scout notices her and paid attention to her while she was singing on the street with Haruki, who has met her by chance. Where will all of this lead...?

Sona-G Series: Heaven Is Not Needed

Sona-G is one of the most popular bands on the scene with a strapping vocalist and a hunky guitarist! Masumi, on the other hand, has all the trust in the world with her technical skills on the guitar, but she’s just been dumped and the world looks grey indeed. Then one day, Masumi finds herself playing second guitar for Sona-G! What’s going to happen to her decision not to fall in love…?