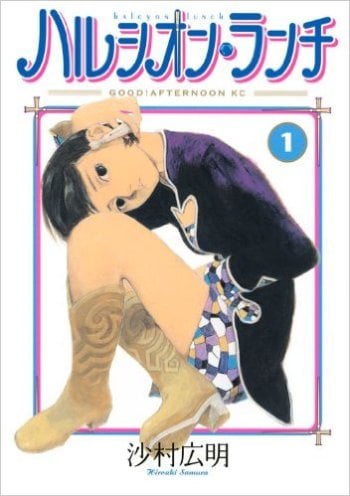 Yuma Saihashi is a miko who lives at the shrine. She is a lone wolf who distances herself from others and refrains from making friends. During her free time, she gives massages to the elders in the neighborhood but refuses their gifts. Like her friend Chinami, she can emit electromagnetic waves. Her power is not as strong as Chinami's but she can control it better.

It’s been six years since Amakawa Alice’s family disappeared, and the cute but destructive creatures called Cosmofs invaded her world. Alice has been holding down the fort, fighting wild Cosmofs and protecting the few humans who have survived, in the hopes that her family will someday return. She refuses to give up on them…even when everyone believes her mother, Laika, caused the Cosmof invasion.

This life: whose decision was it? Those who stride across the land. Those who dance across the skies. Those who are ensconced in water. What "entity" has been designed as the best form of life? The disturbing situation unfolding deep in the forest will shock the natural world and humanity!

Plug works in a company from a parallel world and her job is to secretly revitalize people from our world who are stressed out. Her clumsiness always gets her into trouble and she is constantly in danger of having her salary cut due to her performance. One day, she meets a young teenager that makes her realize that revitalizing people mindlessly is just a temporary remedy and does not solve the root cause of the problem. She then slowly begins to see the importance of timing the revitalization. However, her new aim is the exact opposite of the company policy and her boss sends Aresta to supervise her. Will she be able to keep from losing her job?

Boisterous, impulsive Haruhi Suzumiya commands the spotlight wherever she goes! But the SOS Brigade chief wouldn’t be any kind of chief at all without a supporting cast of club members to command as well. And there’s no one she loves ordering around as much as Kyon! In this collection of short comics and illustrations by various artists, the boys of the SOS Brigade will at last have their moment to shine!

The hero is Dr. Kishiwada, a brilliant but demented scientist, who creates bizarre mechas, battles the forces of evil, or just mucks about.

After an inconclusive battle against his arch-enemy Ultraman, Alien Mefilas awakens in the Kaiju Graveyard as…a high school girl?! In this new body, Melfilas will face new battles, along with Eleking, Red King, and other kaiju reborn as cute school girls. Together, can they conquer the world? Based on the monsters of the smash-hit Ultraman franchise, this manga is brimming with kaiju capers like you’ve never seen them before!