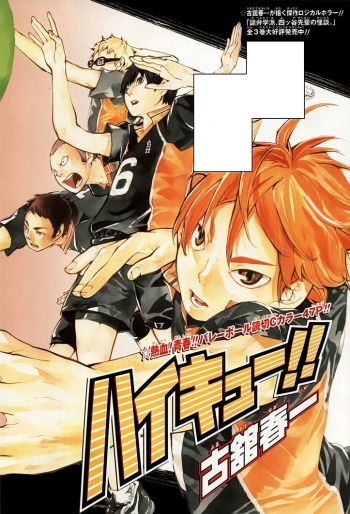 Ever since he was little, Akira wanted to be a rugby player. But since he lived on a tiny island with no other children, it was very difficult for him to learn how to play. In hopes of becoming useful to a rugby team, he practiced the one thing he could do by himself, kicking. Now Akira is heading to high school, and he's going to try to make his dreams of playing rugby and having friends come true!

"Hard working" or "passionate" was not in Sakurai’s vocabulary and joining a team sports in school was out of the question. But one day, he accidentally walks in on his female classmate Toyoguchi naked in the locker room and in return for keeping it a secret from everyone else, he is forced to become the manager for the female lacrosse team. Toyoguchi is passionate about lacrosse and was responsible for creating the team for the school. Sakurai reluctantly begins his role as manager but is slowly drawn into Toyoguchi’s personality and begins researching and enjoying the sport. The once lazy Sakurai who was scared of failure now learns to put himself out there and put serious effort into something worthwhile.

A boy from the volleyball team comes in early to the gym everyday, and falls in love with the senpai from the girl's basketball team who's always there practicing, too.