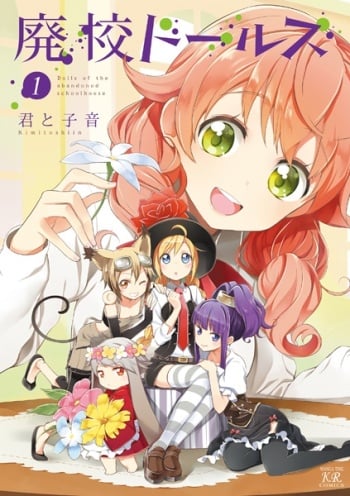 Honoka Takamiya is a typical teenager; he does his classwork and admires Ayaka, the school idol, who sits next to him in class. But the boy's life changes forever when one day, a piece of the school falls on top of him and he's saved by Ayaka due to... her magical powers?! For Ayaka is a witch, and deeming Honoka to be 'her princess', she is determined to keep the boy safe from harm. Now Honoka must try to stay alive while countless other witches target him, learn more about Ayaka and her craft, and still try to maintain his school life in the process!

Chitose Sakuraba is an energetic 11-year-old girl, while her older brother works for the town hall next to the school.  Without regard to her surroundings, she rushes to the office to spend all the time with her her brother whenever she has free time, causing all sorts of trouble. Chitose, her close friends, homeroom teacher, and even her older brother's superiors will get pulled into this slapstick, comedic adventure that you won't want to miss!