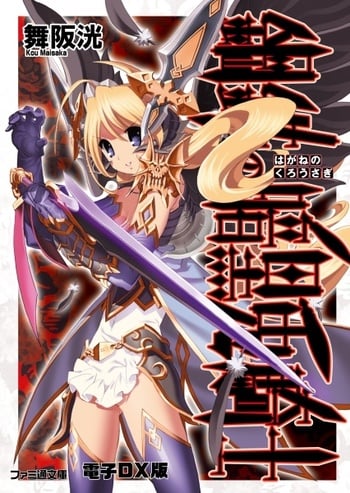 If you're looking for manga similar to Hagane no Kurousagi (Light Novel), you might like these titles.

Anything my right hand can hold on to will disappear——I have the ability to make things disappear into thin air. At school, I used to pretend to be an amateur magician and that’s how it should’ve been, that is, until the day I met… Alice.

In a world after the defeat of the Demon Lord. All that are left are the Asura who have even slain the Demon Lord. A master fencer who can see the way to carve up his enemy with one glance, a lancer so fast he leaves sound behind, a raven-black adventurer who handles a legendary in each three arms, a spellbinder that can materialize his words into reality, a cruel angel that bestows instant death… The Asura of any and every conceivable race and species standing at the pinnacle of strength seeks an even stronger enemy, in order to receive the honor of being the “true hero”. All of them are the strongest, all of them a hero, but only one is worthy. The battle to determine the “True One” starts now.