Alt title: Road of the Broken 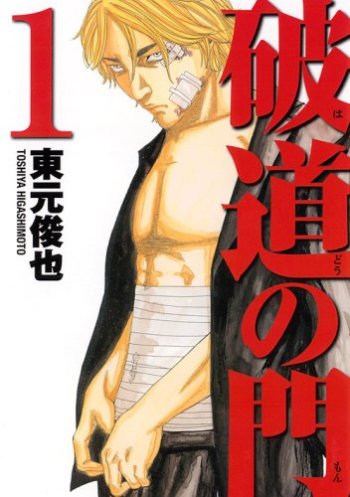 New father and troubled yakuza Rakuda gets a call from his colleagues tasking him to dispose of a random body. The job is fishy, but when you are a gangster sometimes you have to just do what you're told. But in this case, who gave him the job is the problem. A young hustler named Amazaki has tasked him to take care of a corpse without any info on who the body is and how to get rid of it. Turns out the body belongs to their gang lord... Now the gang and the cops are after Rakuda. And with danger around every corner, there are now very few moments for jokes in Rakuda's world.

Chunhoo Kang lives in a world of crime, sex and intrigue. He’s the Nihon Saikono Warrior, Japan’s greatest fighter in the yakuza underworld. However, he’s also Korean. He holds the title through Shi-Nan-Joo, a powerful and ancient martial arts from Korea. Haunted by past sins, Chunhoo abandons his crime life to search for the young woman and son he abandoned decades ago. His yakuza bosses are unforgiving. They want his honor and title back. Assassins trail him all the way back to Korea and Chunhoo resolves that he’s not going to be anybody’s servant anymore. He’s going to become an Emperor, standing at the apex of his own empire. Meanwhile, his son Sukgi is a rising hotshot in the Baekhwa criminal organization in Korea. He’s got it all; money, women and power. But when the Baekhwas spark a national murder scandal, the mob boss forces Sukgi to publicly assume the guilt for the crime by threatening his mother. To save her life, Sukgi must agree to take the fall, a certain death sentence.

Being the only son of the leader of the largest criminal organization (yakuza) in Kanto area, Shizuya Kondou chose not to join the gang and became a rookie designer of an underwear company. However, the assassination of his father forced him to inherit the gang, with one condition: keeping his day job while hiding his true identity from his coworkers, including an aspiring female designer, who is his love interest as well as the only person capable to keep his violent instincts contained.

Satomi, president of his school's choir club, gets embroiled in a bizarre situation when he's asked by Kyouji the yakuza to give him voice lessons. Surprisingly, Kyouji's quite serious, and diligent in his practice too! As the two spend time together, where will this odd friendship take them...?

Follows a salaryman who has a reliable wife and a daughter in university who can sometimes act a bit rebellious, but has a happy life in his own way. Until one day he finds out his daughter has been beaten, and thus begins his journey into a dangerous world to protect his family.

A chef becomes indebted to the yakuza when his restaurant fails. To pay them back they force him to become the personal live-in chef for a girl they are holding captive.