.hack//Legend of the Twilight - Reviews 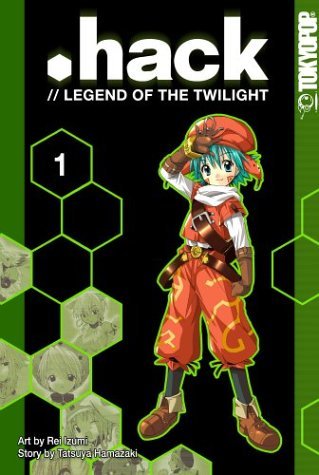 Manga in 200 Words: .hack// Legend of the Twilight

Premise: An online game called the World has become incredibly popular, but neither the staff members nor the 20 million players know all of its secrets. Shugo and his sister Rena have won limited edition copies of legendary avatars and are thrust into a web of intrigue and secrets.

Gaming: This manga did a great job of capturing the MMORPG world. The classes, events, terminology, and even player mentality reminded me of my own experiences online.

Characters: I enjoyed these people, though a few of the party members really could have used more development. My favorite is probably Balmung. ;)

Art: The style is simple and often lends itself to chibi versions of the characters. While this could get old in some series, .hack pulls it off, because game avatars aren’t always complex. If the World was a real game, and they truly held events this often, it makes sense that characters aren’t terribly detailed.

Overall: This is a solid series with fun characters and intriguing environment. Great way to spend an afternoon.