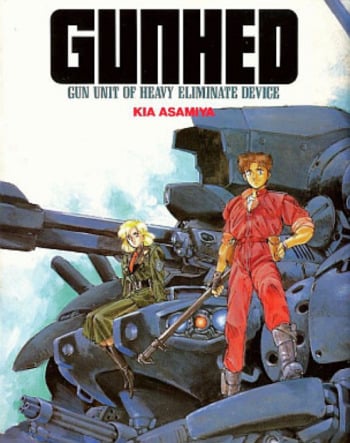 In 2400 AD, three hundred years since the beginning of the war between humanity and the Crest race, mankind was conquered by their invaders; in the present, there is still deep-rooted hostility between the races. When a spaceship is sent on a distress call and subsequently destroyed by the ship it’s after, only two people, Galory and the cyborg Nikolai, make it out alive. The attacking ship, it seems, has been taken over by a violent and destructive Type-38 automaton, and it’s up to Galory to put a stop to it. Along with the fiery Crest girl named Althea, Galory and Nikolai will launch into the lair of danger to find any survivors and take down the Type-38.

The Moon – Earth’s mysterious companion for countless ages, always keeping its dark side hidden from human eyes. It has not stayed hidden forever, as the moon has now been colonized and has a city of its own on the surface. However, something has taken offence at the human incursion – “The Sleeper” is awakening.