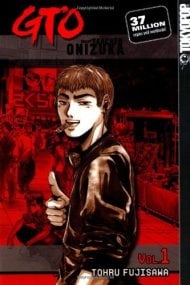 the most peverted but best teacher anybody can ever get The translation was poorly done because it had a lot of spelling mistakes in it and failed to use proper use of the English language in some scenes.That aside, this is by far the best manga I have ever read. I am stunned, the concept is so simple but so well thought out.Well let’s start with a quick introduction to the story. Eikichi Onizuka is a 22 year old virgin and ex-gang leader of the dreaded motorcycle gang “Oni-Baku”. He’s a street punk with piercings and bleached hair, a graduate from a fifth rate university and was captain of his karate team. Not exactly what you would call teacher material. Despite all this Onizuka manages to convince the principal and gets a job as a teacher, he’s assigned to class 4 who are notorious for having driven every homeroom teacher to insanity. However Great Teacher Onizuka isn’t such a pushover and he’s determined to win them over one by one. Onizuka stumbles from one mishap to another, saving kids from jumping off rooftops, reuniting them with their parents, just making a difference. Though this all may seem very trivial, this is the most amusing story I have read.Moving on to the art, the art is very detailed and nice to look at. It’s got that 90’s drawing style that I appreciate very much. However  you’d have trouble telling them apart. Especially the girls all have somewhat the same face, and the only way you can tell them apart is by their hairstyle, which can be a bother sometimes. Overall there are quite some scenes were someone is standing on a rooftop looking over the city at dawn. It’s these scenes that really get you into the art. Of course there are the infamous many faces from Onizuka that are just hilarious and make up for a lot.About the characters, I really like the characters. I’ve fallen in love with a few of them. But one thing bothers me.. They’re supposed to be 14 years old, yet they’re so darn evil. I remember being 14, I wouldn’t go as far to torture a teacher as they would, then again they have their reasons. Moving on to the character Eikichi Onizuka. Quite simply he’s one of the best characters ever created. He’s an inspiration, he’s cool, funny, stays true, and above all he’s human (though this can be debated). Onizuka is one of the most instantly likeable characters you will ever read about. If I were ever to sit down and have dinner with any character real or fictional, it would without a doubt be Eikichi Onizuka. Though I wouldn’t be willing to pick up the bill.I cannot remember the last manga I enjoyed this dearly, I hold this manga close to heart and it is definitely one that I won’t be forgetting. Hell I’ll just say it, I’m an Onizuka fan, and you could be too. Take it from me, reach deep in those pockets and get this manga, you won’t regret it. And while reading you might even learn a thing or two from the greatest teacher in all of Japan, Great Teacher Onizuka.

My 800th Review! A high-octane, adrenaline-filled story about an ex-delinquent teacher breaking through the walls of cynicism and distrust in feir students by being genuine with them. Fe isn't concerned with being liable in lawsuits--in regards to using corporal punishment or other untoward activities--and instead just treats everyone like human beings (i.e. with the same amount of violence or sexual candor that fe would treat anyone with). There are a few instances when fe almost succumbs to the type of self-preservationist thinking that leads to "rotten" teachers, but fe is inevitably reset on the right path when someone reminds fem of how uncool fe's being. The class that fe is put in charge of (from chapter 12 onward) is aggressively anti-teacher, but fe slowly wins them over one at a time. Fe also has several run-ins with other teachers--most of whom seem to be lecherous perverts--and with parents and the media. Feir behavior leads fem to being on the brink of being fired quite a few times, but the fact that fe is effective at connecting with the students and at rooting out some of the corruption within the system is what leads fem to keep feir job. The best aspects of the manga are the characters, the humor, and the epic storylines and intense scenes that sear into your heart. Among others, the window-washing scene and arm-wrestling extravaganza will be with me for the rest of my life. There are popping veins and intense sweating...not exactly relevant, but definitely worth mentioning. There are also some cute romances between some of the students. In general, I think the manga should've ended around chapter 156. The chapters after that are alright, but they don't feel nearly as memorable or great as quite a few of the preceding stories. It also felt like it was basically restarting the story by adding a new source of problems (instead of Miyabi being the ringleader, Ms. Daimon became the ringleader). If I had to say that anything was the theme of the manga it would be the idea that people should accept personal responsibility for their actions. We see teachers and parents shifting blame and trying to avoid responsibility rather than owning up to their flaws and moving forward. We see many people dealing with pain by lashing out rather than being honest and then moving forward. And while it does include that "pick yourself up by your bootstraps" type of idea, it at least also emphasizes that you should always ask for help when you are in need of help (so it's not entirely callous and individualistic). Sometimes it can feel like it's simplifying things a bit too much, with mental distress having pinpointable causes that can be relieved. There are two aspects which are major problems with the manga in general, but also possibly part of what makes it so strong: 1) the clutter, and 2) the repetition. When I say clutter, I am referring to a few things. There are tiny little dialogue boxes in the backgrounds, which you have to squint to make out. There are also entire chapters filled with ridiculous amounts of text (like with Uchiyamada's internal monologues) that can be tiresome to read through. And there are quite a few scenes with literal clutter drawn in the background, items that are unimportant in regards to the plot. The benefit of all these types of clutter is that it adds depth to the story and I actually find myself enjoying some (not all) of Uchiyamada's rants and noticing weird junk in Onizuka's rathole. The extended fantasies are also pretty great. As for the repetition, there are several types of events and storylines which are repeated multiple times. Most notably, with students attempting suicide. And more specifically, with a student jumping/falling off the school roof, Onizuka jumping down after them, and them crash landing on Uchiyamada's precious white Cresta. I did find the Teshigawara climax (ch. 147-156) to feel uninspired, largely because of how re-used many of the story beats were. And the idea of there being some new student that Onizuka could go bring back to the class definitely got old after basically the first time it was used. But the repetition is also vital to how some of the humor works, and I definitely appreciate it to some degree. I absolutely loathe the Saejima chapters (ch. 60, 108, 175)--it's the worst of both the clutter problem and the repetition problem, while also not adding anything positive.

I heard good things about this manga and with that I jumped in.   The start of this was quite fun, diving in to the main character personality and motivation. However as the story went I found myself reading less and less of the dialog, while it was definitely decent and helped the realism the art, bubble size and position made it hard for me to keep track of it all. With that the whole thing begun to crumble for me. Overused gaggs that were dialog heavy, even though it was mostly overblown exposition of the character, interesting characters often put to the background in following arcs etc. Finally I stalled it for now.  So If you fall in love with the main character you will enjoy this manga a lot, otherwise you might have trouble finidng anything else that will not be overshine by his presence and antics. 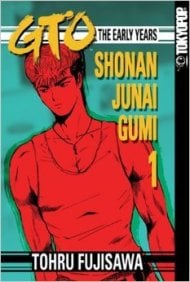 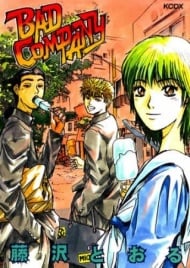 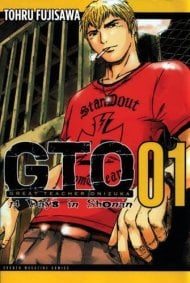 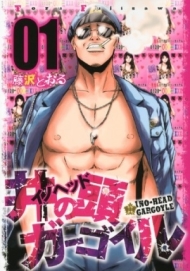 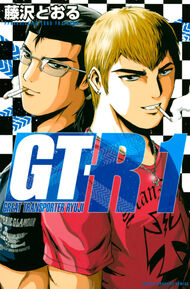 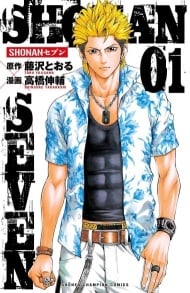 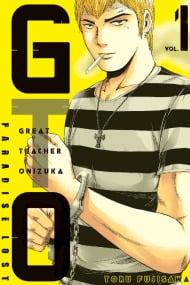 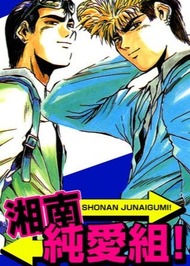 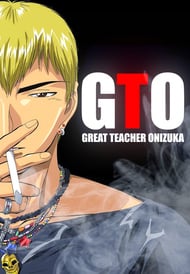