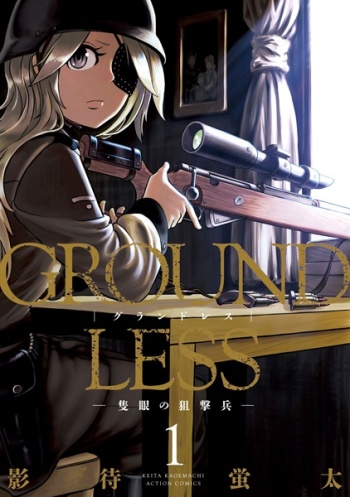 During the opening days of World War II on the Eastern Front, a group of Soviet teenagers, each with an extraordinary ability, are drafted to form a special unit to fight the invading German army. They are opposed by a Schutzstaffel (SS) officer who is attempting to raise from the dead a supernatural army of crusaders from the 12th Century Order of the Sacred Cross and enlist them in the Nazi cause.

Somewhere in Tokyo, there is a room. In that room is a black sphere. Periodically, people who should otherwise have died are transferred to the room. There, the sphere gives them special suits and weapons, and sends them out on a mission to kill aliens here on Earth. While these missions take place, the rest of the world is largely oblivious to them. These missions are lethal - few participants survive them. The sphere calls the shots, and it's not the slightest bit nice. Its name...

Seven months after the One Year War ended, the remnants of the Principality of Zeon reform as the Republic of Zeon and continue to battle. Daryl had piloted the mobile suit Psycho Zaku in the end of the war at the "Thunderbolt Sector," where the Moore Brotherhood's fleet was annihilated. After losing the Psycho Zaku, Daryl descends to Earth and takes up an intelligence position to gain information about the South Seas Alliance, a military group within the Earth Federation. Io, who faced off against Daryl, is selected to pilot the prototype mobile suit Atlas Gundam and heads toward Earth.

Saga of Tanya the Evil