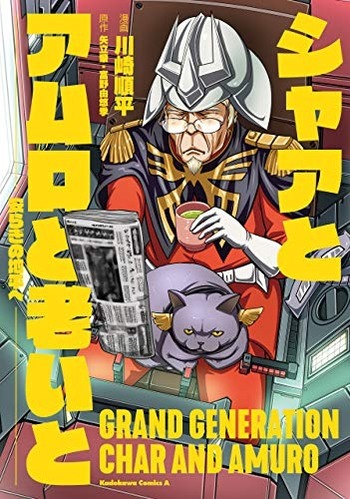 If you're looking for manga similar to Grand Generation Char and Amuro, you might like these titles.

Mio Levinas, the daughter of a senior city official and a piano enthusiast, joins the new Sound Force, which was formed to combat the frequent Zentradi crimes, and sorties with her senior Lana Akra.

Gourai is a newly activated Frame Arms Girl at Factory Advance as a test for self aware AI along side several other FA Girls.