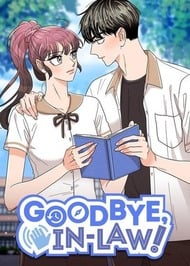 In high school, he thought she was a bully and she thought he was a huge jerk. Years later, Haneul and Dahae meet again... because their siblings are getting married! But tragedy strikes the newlyweds and their loved ones are left to wonder how they could have saved them. Haneul and Dahae awake to find themselves in high school again—and their siblings are alive! With only each other and a diary to rely on, can they weave a new destiny for their siblings? Or will fate unravel all the same?

This manga is really sweet! It's quite unique from other manhwa's I've read. I've always wanted to read a really good time travel manga, and I came across this! I recommend for anyone who is into romance and time travel~!

An absolute hidden gem of a manhwa that I can't get enough of. Definitely a great webtoon regardless of whether you're looking for time travel stories or not.  Story: 9.5 The story begins with Da-ae and Han-eol, our two main characters that have hated each other following a misunderstanding in high school several years back. When they meet again as adults, they realize they are going to be in-laws through the marriage of their older siblings. However, after the tragic death of their newlywed siblings, the two also get in an accident where they are transported eight years into the past. The two, initially flabbergasted by the incident, quickly come to the conclusion that this must be a chance to fix their future since this was the time that their older siblings first met. Although sworn enemies, the two must put aside their differences and figure out how to change the future to avoid their siblings' death.  Several elements I enjoyed in this story are its use of humor and compelling storyline. I always look for a balance of genres in webtoons and this certainly delivered in terms of romance, comedy, and mystery. While the manhwa's primary genre is romance, you could totally read it for the drama and thrilling plotline.  Another note is that while this comic is completed, the fan translations are still in progress. The original comic is also paid so I wasn't able to fully read and give a review. However, I read spoilers on how the climax unfolds and personally, it seems satisfactory to me. I still believe that since the plot has been so well-done so far that it would be really unexpected to see it develop poorly.  Art: 10 I was a huuugee fan of the art in this webtoon! The artist's versatility in creating beautiful panels and also hilarious, meme-worthy faces was so enjoyable to read. The style, palette, and expressions were all so well done and I was dissatisfied with absolutely nothing. It totally suited the genre and development of this webtoon completely. So cute and so funny! Characters: 9.5 Personally, I thought the characters were very engaging and loyal to their personalities (I say this because often times, I see characters going ooc suddenly because of love and it can be quite unnatural). Their qualities definitely added to the plot and development and I think all main characters were well fleshed out.  Specifically, I really enjoyed the dynamics between the two leads. Da-ae is bold, unrelenting, yet soft deep down. She's a resillient female lead who's tied up in misunderstandings because of her rowdy personality. On the other hand, our male lead, Han-eol, starts off very dislikable. He is close-minded and very stubborn, but is forced to work with Da-ae in order to save their siblings' lives.  The progression of their relationship is probably the best part of the story. It's incredibly cute and Han-eol's development from an insensitive and mechanical guy to an understanding lover is very well-done. The two leads have contrasting attitudes, personalities, and viewpoints, but the way they work through these challenges is very realistic. Enemies-to-lovers has been so overused that I'm usually quite picky about it, but I have to say this was done very naturally.  Overall: 9.5 I always value plot above everything, even if the art is subpar, so for this webtoon to deliver so completely was incredibly satisfying! I think this is a great webtoon and deserves a good rating, no questions asked, so if there's really anything to dislike, it's likely due to personal preferences. If you're looking for a time travel-themed webtoon with a compelling plot and hilarious characters, this is certainly something you should check out.

I really like the general idea for the plot- if anything the first half of a vague description "Hanuel and Dahae do not get along, they had poor opinions of each other in highschool and  were quite pleased with the idea of not meeting ever again-  eight (I think- it's been a while) eight years pass and their older siblings get married, The couple get in a car accident shortly after the ceremony and die. The greiving Dahae and Hanuel fight over who's fault it was and in a fit of anger and tears the two get hit by a car. They wake up eight years prior to the accident with a chance to save their in-laws." I think that it's genius- I really do- the reason I stop liking it after this point is because of how the main character handle the situation- instead of waiting until the day that their older siblings die to prevent their deaths they decide that the best course of action is to make sure that they never meet at all. It rubs me the wrong way because the reason that their sister and brother got married at all was because they loved each other- to disregard the fact that they had been happy or that they wanted to live with one another until the died really reaally makes me want to cry. It's discrediting anything and everything that they had felt for each other and-... I just can't. It's really complicated and in a bad way not in a biting your nails wanting the misunderstanding to end way- What I'm trying to say is that I hate how they completely disregard how the people they care so much about would feel if they knew what they were doing. Hate is a more wrathful word than is appropriate for how I feel- it just makes me want to cry. Like I think that if the older brother and sister knew what had happened they wouldn't of wanted to be forcefully kept appart- I have a hard time understanding the idea of romantic relationships, the probability that a person could like another person and have person b return their feelings just sounds so unlikely to me- but it's that sort of unlikelyhood that makes such things special, what I'm getting at is that kind of love is something that one is lucky to have so for the potential of that happening to be deliberately ripped away from them is just so upsetting to me.. and I think you should want the people you love to be happy- I would have hoped that the main characters have the integrity to understand that and to know that their siblings were together because they made each other happy- which they clearly don't.