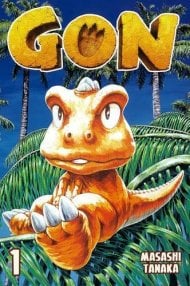 673 users are tracking this. Log in to see stats.

this is literally amazing, the detail in each panel is emmaculate. ok thanks thats all read it now.

This story starts out following Gon by femself, showing how fe's the ultimate apex predator, capable of dominating all other apex predators of various biomes. Fe is an excellently charismatic character--drawing the reader to feir side, making me believe in fem. My mind fully knows that if Gon was pitted against any of the most powerful characters from other manga, fe should lose. There are characters who have the capability of blowing up entire worlds and Gon has never been shown having anywhere near that amount of power, so all reasonable arguments would say that fe should lose. And yet, my heart insists that Gon would come out on top, that there's no way fe'd ever lose. That's just how charismatic fe is--fe makes me believe in fem against all rational thought. And in the opening chapters, I love watching fem dominate entire ecosystems. Unfortunately, as the story progresses, it takes a downturn. There're only so many types of stories the author can tell of a hyper-dominant character like Gon. The first nine chapters all still feel fresh and new, so I'd say they're excellent. Chapter nine introduces the idea of Gon acting like a mob boss type character, drawing other animals to feir side who end up mirroring feir mannerisms and acting puffed up themselves. It's barely interesting the first time it's used, but after that it seems to become the default. And each chapter that includes a mob or a group of cronies following after Gon is devoid of interesting characterizations of the side characters, which makes these chapters feel dull. Also, the implication that these followers are not only acting strong, but actually becoming stronger just by following Gon makes no sense. It's a stupid concept, and it shouldn't have become a primary focus of the second half of this manga. After chapter nine, the only good chapters are the ones that don't fall into this problematic template. Chapter thirteen has Gon largely acting on feir own again. Fe meets some fellow travelers, but they don't come across as feir underlings. In the same way, chapter fourteen (possibly the best chapter) has Gon traveling with three other animals, but they all have their own personalities and none of them are mimicking Gon. The monkey in that chapter is an excellent character. Chapters nineteen through twenty-three go back to better storytelling, and interestingly these final chapters seem to act as the flipside of the opening chapters. There is more focus on Gon's weaknesses and fe is learning from and respecting others rather than demanding complete subservience. In chapter four, we had Gon acting as a baby chick in an eagle's nest and, as a flipside, in chapter twenty-one, we have Gon acting as a mother and raising a baby bird. Though of course, the final chapter had to ruin this good run and basically redo chapter eleven, one of the absolute worst chapters--changing mushroom hunting to honey gathering, but otherwise being almost identical. I absolutely hate about a third of this manga, but I only hate the bad chapters so much because I absolutely adore the good chapters. And nobody wants to see a good thing being ruined. Luckily, since each chapter acts like a standalone story, when I reread this, I can skip the dull chapters and only read the ones that do this excellent character and art justice.

this manga is literally so cute and amazing! the art style is beautiful and Gon is the cutest thing ive seen in my whole life. i recommend !! 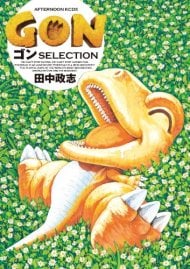 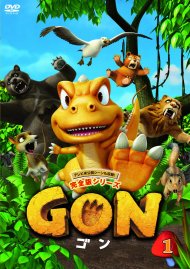 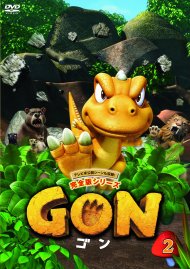