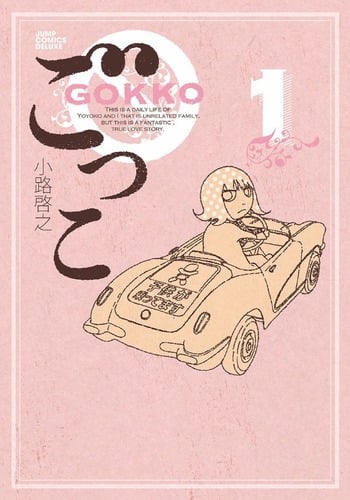 A mysterious bespectacled beauty in kimono and with a passion for glasses picks the best pair capable of changing your life.

Moyuru Hono enters a whole new world for him: His comic masterpiece is getting a screen adaptation! Hono accepts all this with feverent anticipation! In making this film, Hono antagonises over the film deviating too much from his original vision, even butting heads with the director due to their differing ideas. What will happen? Who will prevail? What is the fate of this film? This is the story of the ups and downs with the spirit of a hilarious burning comic!

Kine Machiko is a thirty-something office worker, who loves nothing more than watching movies and writing her review blog. She hides her passion for movies from her co-workers due to unpleasant past experiences, but she still wants friends with whom she can share her love of movies. What will be the next movie she watches? What dark, geeky secret will haunt her next? Will she ever make any movie friends?

Aiko is not good at housework, but she is very romantic and aspires to marry someday. Tomoko loves housework, but she is not sure whether she wants to get married or not. These women in their 30s do not share the same point of view regarding marriage and love, but they both share a house.

29-year-old freeter Ikuta Hiroto is a carefree young man without a love life, regular job, or any real worries about the future. He inherits an old house from the neighbourhood granny, where his 18-year-old cousin, Natsumi moves in with him to study art in Tokyo. This is a story about Hiroto and the people around him who struggle with life.