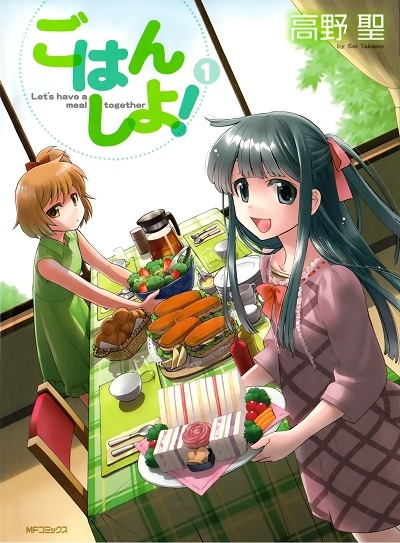 Haruto and Ikuto have just transferred to a boarding school. Beautiful Ikuto is instantly a target for the boys all around! And as his brother Haruto desperately protects him, the School King, Ouga, has his own plans in mind!! All-boys school has never been this dangerous!!

Ever since they were born, the twins Maria and Noel have always been together at school and home. But when Maria falls in love with a boy and transfers to Morinomiya Junior High Boarding School without telling him, Noel is angered that another guy could come between them and decides to follow his sister and enroll at Morinomiya himself. However, there's a catch: with only one vacancy remaining, Noel will have to live life as a girl and stay in the female dorm! Now Noel is living as Maria's twin sister, much to her disgust and annoyance, and is making her life as difficult as possible. Between his friendship with the most popular sophomore in the basketball club and worrying about his roommate Miyu, will Noel still be able to achieve his goal and bring Maria back home?

Hasukawa Kazuya has absolutely no luck. The woman he loves has just married his older brother, and in order to avoid the lovey dovey couple, Hasukawa decides to enter the dorm of a prestigious high school. However this dorm, named Greenwood , seems to be home to the school's strangest students and thanks to Hasukawa's bad luck he ends up as the roommate and neighbor of the three strangest students of all! It seems Hasukawa's dreams of a quiet life are all but doomed as he gets swept up in the antics of Greenwood 's residents!

After being bullied at his previous school, Kugishima transfers to an all boys boarding school to make a fresh start. But his roommate Matsudera is a weirdo... and he was doing "it" with another man?! What's more, Matsudera kisses him and says, "You are so cute, it makes me want to play with you." In the quite, secluded all-boys school filled with perverts, what will Kugishima's fate be?

Hatsune Takanashi is a girl of simple tastes. Curry and friends are among her favorite things, but more than anything, pudding is her true love in life. She’s begun her new high school life at Kitsuka Academy, an all-girl boarding school high atop a mountain, and is looking forward to making new friends and eating some great food. Hatsune is guaranteed to have new and exciting experiences, but with a grade-schooler house mother, a mean rival who uses fermented soybeans as her weapon of choice, and a foreign exchange student who doesn’t seem to understand how clothes work, her new school life is sure to be interesting …

When Tohru Kouno transfers to his new all-boys school he's as anxious as anyone would be. However, this new school has some unorthodox methods for spicing things up. Each year a select number of attractive first-years are chosen to be the school 'Princesses,' with duties like cheering on the sports teams and visiting the school academic clubs, all while wearing the latest gothic lolita fashions! Of course, they are compensated for their embarrassing work with an allowance, among other benefits; so when a down-and-out student like Tohru is chosen, the benefits of being a Princess seem to outweigh the cons...

Chiaki Asami was transferred to Shuurin High School into the Suzuka Dorm, and there Nachi Kirishima who had a beautiful face like a model is to be his roommate. When he’s just getting accustomed to dormitory life, a welcome party for Chiaki suggested by Nachi is carried out. One night, Chiaki encounters lewd play between Nachi, Shinobu, and Haru…

Hama Rinko is the head of the school cafeteria while Konishi Shino is her helper. The two garner the attention as they provide eye candy for the student body and their stomachs.

Classroom of the Elite √Horikita

A what-if story taking place in parallel world which focuses on the relationship between Kiyotaka Ayanokoji and Suzune Horikita.

My name is Touno Touru and I'm attending to an advanced boarding school though nothing is special about me. And there is Shirakawa Yukine who is a famous girl in our school. Because she is too cool to be accessible, the nickname "Snow White" is attached to her. But somehow our paths crossed and I learned something crucial - the fact that she was a masochistic chuuni gamer called "Black Radiant Princess Kriemhild".