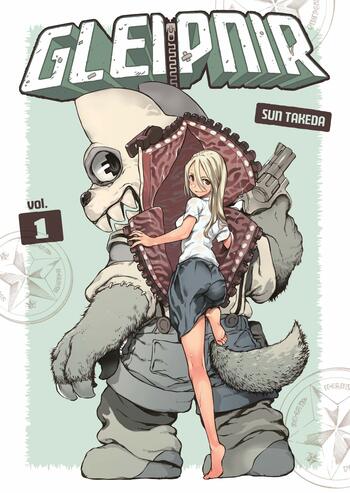 Shuichi Kagaya an ordinary high school kid in a boring little town. But when a beautiful classmate is caught in a warehouse fire, he discovers a mysterious power: He can transform into a furry dog with an oversized revolver and a zipper down his back. He saves the girl's life, sharing his secret with her. But she's searching for the sister who killed her family, and she doesn't care how degrading it gets: She will use Shuichi to accomplish her mission...

For the most part the author is trying to give his readers a decent plot for his readers. Shuichi has a interesting power, turning into a powerful fursuit mascot as well as let people jump into his body. The mascot element reminds me alot of the villains from Smokin Parade, although I think Smokin Parade uses the element better to be honest. This is a seinen series so the author definitely doesn't shy away from the gore. SPOILER) The aliens in the series seem to play a huge role in the story, especially with collecting the coins for power-ups. I have read up to chapter 19, so I have no idea where the story is going to go now. As for the art, it seems okay enough, although I think the author could improve if he wanted to. One of those people that expects a lot when it comes to art style. And now we come to what I consider to be a major downside to the Gleipnir series. It isn't from the fact that Shuichi can be hesitant and cowardly or that Claire can be a bit aggressive at times but the fact of fanservice within the series. Whether its the female characters who ditch their clothes when they're about to enter the fursuit, or choose to not put clothes on during a scene that bother me the most. Feels like the author goes hard with the fanservice and its not to my liking. If this were a harem series like Rosario Vampire it would fit the tone but it doesn't. It feels like the same exact thing that the author of Elfen Lied did with his female characters. Its all done for titillation, which is something I have grown tired of as a fan of manga and anime. Whatever happened with having respect for the female characters? For the love of God, why can't we have more authors like Norihiro Yagi, the author of Claymore, with the respect he gave to his female characters? That is what I want with this series and I doubt it will happen, so from this point I have washed my hands of the series. To those who want to read Gleipnir be my guest, but don't expect the fanservice to change.

I'm actually really enjoying this story, despite its really disorienting beginning. The concept of Shuichi being able to transform into a mascot suit and then Claire being able to climb inside of feir suit and gain joint control of feir body is a really weird concept, but it's also really cool. And the way they portray this merging of the bodies is pretty erotic. There are a couple specific goals and final bosses they're aiming for over the course of the manga, but the basic idea is of fighting against other people who also have these mysterious monster powers. The way the monsters work and grow stronger in this manga is a bit reminiscent of Inuyasha, in the sense of finding scattered coins and the coins will allow for powers to be awakened and expanded upon. The monster powers are gained through a deal-with-the-devil type of situation and even though the powers are a fulfillment of wishes, they can feel more like curses (especially with the first girl who wished for quicker legs, but then got monster legs). I think the monster forms look really awesome, but the normal humans don't always look the best. Shuichi's past is shrouded in mystery and as they continue their journey, fe realizes that parts of feir memories have been wiped. The past, and what actually happened with Shuichi and others is one of the central drivers of the plot, with details slowly being unveiled as the series progresses. While the sense of intrigue this creates is sorta neat, I don't exactly appreciate how it makes Shuichi and feir friends so central to these history-altering events. I also feel that this manga is writing itself into a corner, where it won't have anywhere to go once this story arc is resolved. And the apparent final boss for this current arc isn't the most interesting (fe's powerful, but not very interesting), so I'm not really even looking forward to their confrontation or anything. But I do find the monsters and fights to be well-drawn and I find Claire and Shuichi's relationship dynamic to be compelling, so for the most part I'd say that I've enjoyed this manga. [Reviewed at chapter 54] 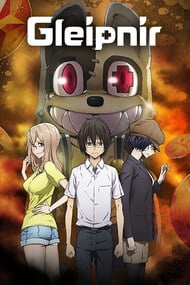