Give Up The Kingdom For You 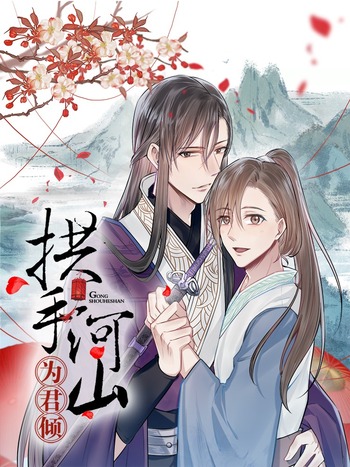 If you're looking for manga similar to Give Up The Kingdom For You, you might like these titles.

After the No.1 doctor Changdeng Xu fell of the cliff and died, her daughter Youran Xu turned herself to Lord Rui. But she was ambushed on her way and her memory was lost. The maid Qinglu seized the chance and pretended to be Youran. Qinglu went to the Lord Mansion, aiming to marry Prince Rui. Surprisingly, the soul of an evil doctor Qianqiu Le was living in Youran’s body. Now that the evil doctor had reborn, how will she live this life?

It isn't diffcult to face a situation like a sudden-pass-to-another-world beacuse it has been a stereotype start for a fantasic journey. But waking up as the top girl at a brothel and finding herself trapped in the body of the General's daughter in another world is freaking unacceptable! Let alone there is an engagement with a playboy prince granted by the emperor waiting for her. What is it? A revenge? Or... Let's see how two haters fall for each other? "I like you it's my business" said the prince.

The Queen is Busy

A 19-year-old girl named Qing Tian was suddenly transported in time to an unknown dynasty. At first, she thought she could slowly enter the battles of the harem, but she’s surprised to find out that she's actually the Queen! How did this messy story come to be??

What price must be paid in order to achieve absolute power? Is it perhaps being misunderstood and rejected by others, being labeled as a witch, or killing a beloved one? Orphan Ling of Zu has the ability to predict the future, learns to survive the palace intrigue and becomes Queen Ling.

Since birth, Huangfu Jie was feared and viewed as an ugly freak. His painful and tragic childhood twisted his heart and made it wicked. Zhang Ping, a eunuch, is the only one who cares about Huangfu Jie. This unwelcome prince and his clever eunuch will cause a huge storm in political affairs.

In the late Tang Dynasty, the court was in an uproar while weird things took place everywhere. For this reason, the court organized a case investigation group aimed at special events, which was called the "Xuandao Temple". A girl characterized by thoughtful thinking and outstanding vision, together with an extraordinary boy cursed by fate, will uncover a grotesque and gaudy story about the dynasty under the shadow.

Next to the Prince

Heartache, competition, and the behind the scenes battles of the imperial harem; an ancient story based upon revenge.

Song of the Sky Walkers

In the vision of the heavens, the emperor’s family gave birth to a special pair of twins—the male born with a forehead mole the color of cinnabar and the female born with six fingers. However, this brother and sister pair connected by blood is cruelly separated by fate! One was taken away by Penglai Xianchang and embarked on the long road of Xiu Xian. The other was abandoned in the reeds, followed by the old swordsman in the red dust... The fated day approaches, how will the two fight destiny? In what way will it be repeated?

In her previous life, she was a pawn controlled by others. When the information was leaked, she was tortured to death. This life, she was reborn as the daughter of Vice Prime Minister in Dongwen. She vowed that she would never become anyone's toy again.

Lu Wang Xin is the Miss of Yun Jian province. She fell in love with Xia Hou You. However, after Xia Hou You ascended the throne, he put Lu Wang Xin into the Cold Palace. Heartbroken, Lu Wang Xin died. Reborn at age 16, Lu Wang Xin embarked on the road of revenge...