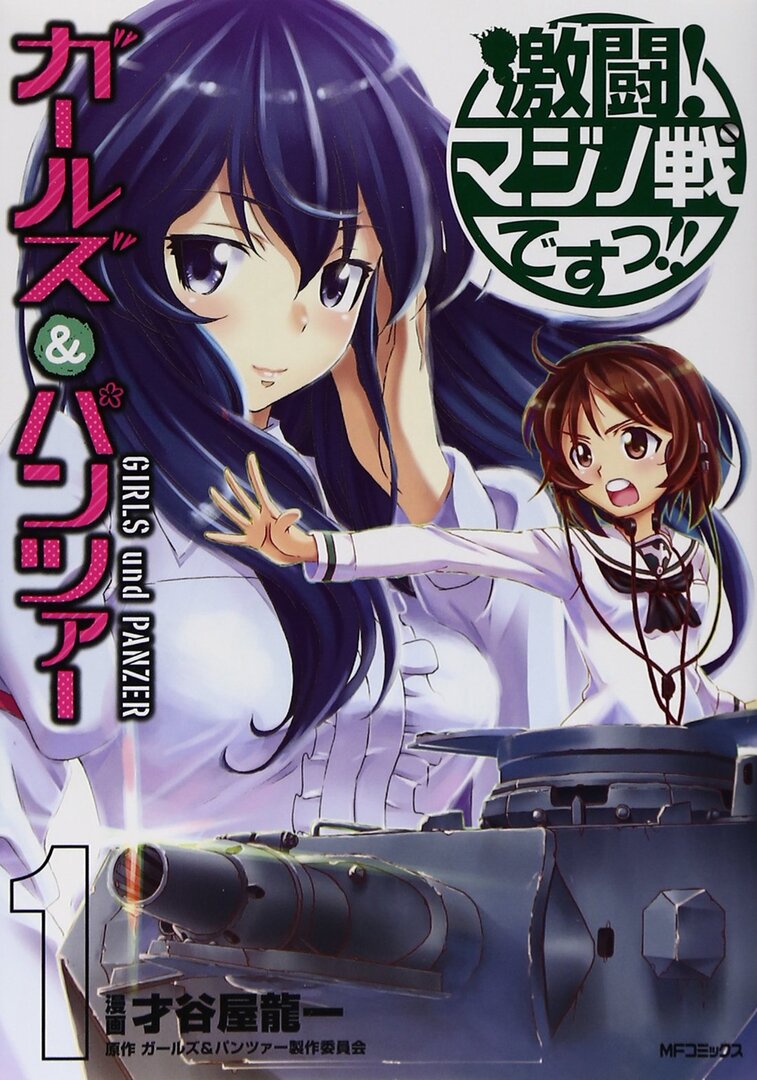 If you're looking for manga similar to Girls und Panzer: Gekitou! Maji no Ikusa Desu!!, you might like these titles.

Living by the sea, protecting the sea, and journeying across the sea...They're the Blue Mermaids! Because of a shift in tectonic plates around 100 years ago, Japan lost much of its area to submergence. To preserve Japan's territories, Coastal Cities sprung up, one after the other. Eventually, they became Marine Cities, and along with the expansion of sea-lanes to connect them, the need arose for a sizable staff to protect the seas. At the same time, maritime jobs were becoming more popular among women. Hence, the Blue Mermaids, tasked with keeping the seas safe, had become every female student's dream job. This is when childhood friends Akeno Misaki and Moeka China enroll in a marine high school in Yokosuka, along with other girls who share their goal of "Becoming a Blue Mermaid."

Nadeshiko Otemachi’s entire family are killed in a terrorist attack… A few years later, she enters into a military school for the sake of protecting Neo Tokyo. In order to get out of an awkward situation though, Nadeshiko decides to join the S Class, a specialist course for the most elite students in the school. But the S Class, and its S rank members, isn't exactly what she expects.

Yosora Fujimitsu is a newly admitted student to North Gate National Military Academy, a school where the elite gather. Yosora possesses both beauty and intelligence, but he immediately feels uneasy at his new school. He thinks, "At this school, there's some kind of big secret." A vortex of speculations occupies Yosora as he's led toward that secret.

The story of a young man's journey to realise his life-long dream of becoming an air force pilot.