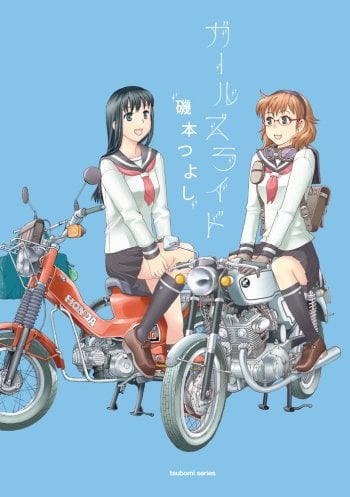 Shion is anxious about having to find a new hairdresser to cut her hair, when suddenly a strange girl from an unknown hair salon calls out to her.

Sakura's parent suddenly went to Brazil to work and Sakura went to live in her aunt's house in order to prepare for the entrance exam. However, her aunt also went for a business trip, so now there was only Sakura in her aunt's house. Then, the Uesakura sisters living in the neighborhood came to live with her. And a life with the older sister Ichiko, a high school girl who can't do any house work, the beautiful little sister Futako who is in the same school as Sakura and also the President of the Student Council, and her aunt's ten cats begins.

Someone mistook Chiaki's shoes for theirs, and ended up taking them. Now Chiaki is forced to wear this "someone's" shoes? How will fate play out?

Sayako is in love with a fashion model Ria. One day she runs into someone that gives off the same atmosphere. As it turns out, it's Ria's reclusive little sister. Sayako plans to use the sister to get close to Ria, but all of sudden she's beginning to develop feelings for her instead.

The meeting between two cold beauties, the ambitious Ai and the impulsive Tomo, and the complicated relationship that blossoms between them.

Saeki thinks of herself as a lazy, boring, and apathetic person and has no idea what to write in her future-plans survey. Kurata, of the art club, piques her curiosity by constantly sketching.