Ginger and the Cursed Prince - Reviews 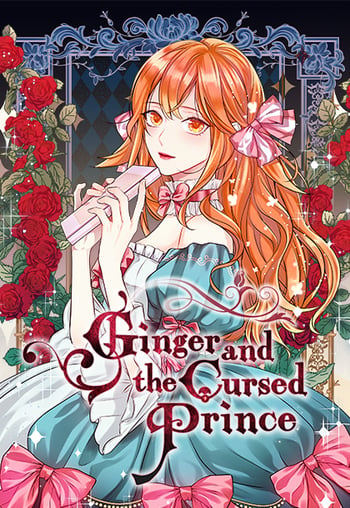 You might be attracted by the somewhat different setting of this story but it's not that special. What made me drop this, and mind you I read the raw up to chapter 32, is the mc's character. She is not a likable character and I couldn't relate to her. You'll feel sorry for her in the beginning but her actions later on simply don't make any sense.

She's not the bright type and her only and I mean only goal in life is making her firend jealous and making the prince fall in love with her. I want more from my stories. I know this is enough to some people and it's good for them but not for me. The plot got interesting later on but with a mc who's constantly blushing in front of the prince and fawning over him I don't know. But then again I shouldn't expect much from a shoujo.

It's an okay read if you have free time but very far from the best ones we've had this year.

The plot is one that I've heard many times but the characters personalities are so unique. The main lead (ML) has a personality that stands out without her even being from a different world. I recommend it from what I've already read.

The MC is just too dumb and literally out of her mind in so many moments that its just really cringy. But overall, the plot and art is good but MC really needs a character development

While the plot of the story isn't anything crazy unique, it is still engaging, well paced and well written.

What really stands out about this story though si the characters. The female lead is such a breathe of fresh air compared to the docile nice girl characters that are typically the heroine in this story. She's funny and you get to see her mess up, a lot. Unlike other female leads who often have some funny/cringe moments Ginger stands out because she is so unabashed in her personality and her behavior matches up with her personality really well. The male lead is also a breathe of fresh air because he isn't so one dimensional as we often see with the past trauma stoic leads. Instead he feels pain from his past but also jokes around and can be serious when needed. Its refreshing to see so many different emotions playing out!

In all honesty, Ginger is just plain stupid and dumb.