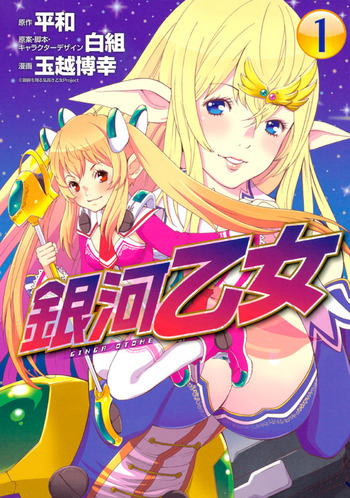 The world is in a state of isolation. The cause is due to mysterious deep sea entities the navy has dubbed the "Deep Sea Fleet" and they're taking over the seas, isolating all the countries of the world from one another. Refusing to just sit idly by and let the Deep Sea Fleet have its way, all the countries of the world pool their resources to make a new weapon to combat them... a weapon that is comparable in power to that of a battleship... and its name is: The Fleet Girls. Will this new weapon be enough to combat the Deep Sea Fleet? Will the ensign that was just sent to the naval base where the "Fleet Girls" are kept be able to aid in their struggle... Only time will tell as this war against the Deep Sea Fleet begins to unfold.

The series is about a kitten named Fancia who adores her master more than anything. She also has interesting relationships with several other cats in the neighborhood which only confuses her understanding of the human world.

A sequel to Remix Heart that ties in what happens to Mai after the events in the manga and bridges the story for her appearance in Blazblue Central Fiction.