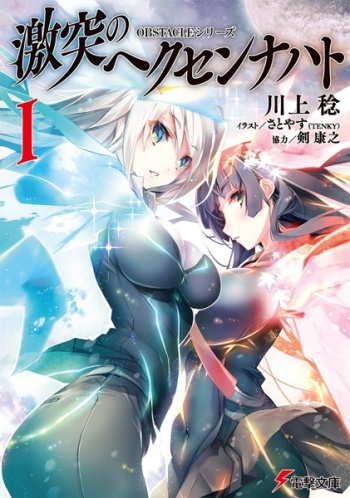 If you're looking for anime similar to Gekitotsu no Hexennacht (Light Novel), you might like these titles.

In a modern society where humans and magic users live side-by-side, the judicial system has been divided between those who use magic and those who don’t. In the Court of Magic, the Wizard Barristers serve as legal representatives for magic users who have been charged with varying crimes. Enter Cecil Sudo, the youngest Wizard Barrister in existence, who sets out to dispense her own brand of justice- in and out of the courtroom!

Having finally reached the seventh floor, Hakuno clings to the hope that he can somehow fix this defective war. But time is running out.

The year is 2010 AD. Romani Archaman has been posted to Chaldea, where he becomes the primary doctor for a young girl. Mash Kyrielight, Chaldea's second successful summoning experiment, is interested in the word "Senpai."

Part 2 of the Fate/Grand Order -Divine Realm of the Round Table: Camelot movie series.

The Lostroom. A place where you can see what was lost, or maybe what will be lost to you in time. Existing in the innermost part of Chaldea, it is the boundary line between dream and reality where the light of the Moon shines through. Produced by the Chaldea Summoning System, the room holds a small number of worthwhile benefits to enjoy.