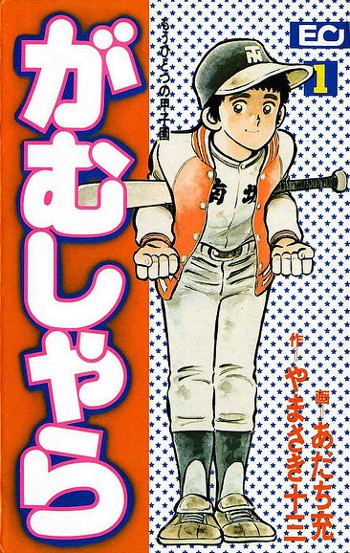 Due to her father's sudden job change, first-year high schooler Aoi Takahashi makes the decision to enroll as a transfer student in a private all-girls school in the Kanto region due to its surprisingly low cost and minimal grade requirements to enter. But on her first day, she discovers the real reason behind these "perks": the school requires every student to join a club that roots for one of the twelve teams in Nippon Professional Baseball, and all eyes are on Aoi to see which team she chooses to support! With all the rivalry between the twelve clubs, will Aoi be able to cope and enjoy her high school life?

Aozora Yell centers on Tsubasa, a girl who saw an inspirational brass band performance at the finals of the Japanese high school baseball championships one summer. Tsubasa vows to join the band when she enters high school, and she happens to meet a certain boy who has a similar goal which both of them are striving for.