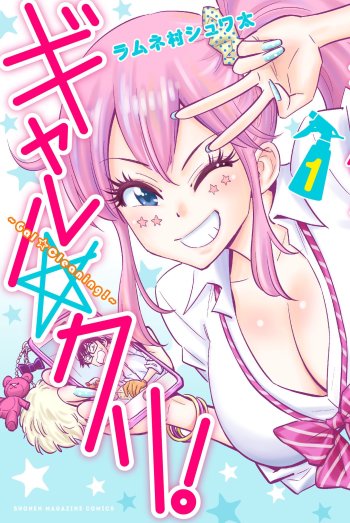 The thing about this series is that you can split it into two parts:

And then you get to Chapter 8.5, which is the beginning of this show becoming a total dumpster fire. Stop after Chapter 8, not 8.5 but 8. That is the true ending and gives the first part about an 7.5; Post that, 2. It goes to absolute shit. It stops with the cleaning tips and yo man, I ain't about reading shit that ain't cleaning when it's suppose to be about cleaning. Like the art is still good, but shit man, this is peak fall from grace. Few other series can fall this far or this hard. I didn't mention what makes it bad as I ain't about spoiling that kind of shit. If I can help it.

Disgust: Priceless, for everything else, there's the axe.

Finish Chapter 8, drop the manga. That is the only ending you need. The rest will sully it.

This manga has two aspects. The first aspect is instructional guides on how to clean various things in a normal household. This is probably the original hook the rest was built around, but it wasn't executed very smoothly. In order to justify the extensive cleaning necessary for this type of educational shtick, they had to create a convoluted scenario involving multiple instances of child abandonment. And they ended up dropping this aspect halfway through.

The second aspect is a clash of values. Character A makes decisions based on duty--on feir duty to others as well as feir duty to femself. Fe is flung into the life of Character B, who has little to no sense of duty. Fe doesn't even feel a duty to femself, to keep feir home clean. Character A resents fem and sees fem as a selfish and entitled slob. But then while cleaning feir room ('cause fe feels duty-bound to help feir clean), fe finds evidence that Character B too has a sense of duty even if it differs from feirs. And feels fe may be alright after all. Yea, it's pretty condescending.

The moral of the story is that you should live with a strong sense of duty because those around you will respect your earnestness, and it may even lead to sexually enticing girls wanting to embrace you. Honoring duty leads to booty!

Gal Cleaning is definitely the number one manga I've read that got the biggest backlash from its readers. Why fans where unhappy? Well...

The first part of the manga, meaning chapter 1-8.5, is nice fluffy stuff about a shy guy called Kaji who somehow ends up cleaning a classmate gal's house. We get the usual lighthearted romcom antics and some simple cleaning tips to go with it. All is fine and wholesome, and the readers prepare for the inevitable other fluffiness and romantic developments.

But then we get to chapter 8.6, aka the start of the mangaka's spiral into madness. See these content warning tags?

Now, the first couple of chapters after 8.5 are still more or less okay. It's a joke that gets dragged out way too long, but it's not unreadable until 8.94, at which point we suddenly get several chapters of sexual abuse in our fluffy gal manga. Oh, and that sexual abuse is forgotten basically immediately afterwards.

After that we get some intolerable misunderstandings borne of interactions no human would ever have and a lame ending.

If you're wondering why the author went this road: so is everyone who read this series. The most prevalent theory is that vol 1 didn't sell well and the author had a breakdown or decided to troll fans. No editor should have allowed this though, and it's a kick in the nuts of the few people who actually liked the author.

Read up till chapter 8 or 8.5, then drop it. Alternatively, look for better gal-themed manga: there's enough of those by now.

If you've stumbled upon this manga by filtering thru the gyaru tag like me, then I'm sorry to tell you, this ain't it cheif.

I would say the worst part of it is post chapter 8 but in general it's just a mediocre manga. It's just your typical gyaru formula, aka, an ecchi filled story of a random dude and a gyaru that lives half naked except worse. Characters are generic steriotypes that basically leave no space to get attached to them. The art is the only thing I would salvage from it, but again, it's pretty generic as well.

Just don't read it, I assure you it's not worth your time. Don't let that "10 chapter length" persuade you

If you do want some wholesome gyaru manga, our sponsors for this review brought to you the following manga!! #ad #GyaruMangaBestGenre

Now, despite having average art and average characters, the story is a bit lackluster. Not to mention what happens after chapter 8. There's a reason why this manga got cancelled, and I think it has to do with that. Literal curveball, out of nowhere. There's a reason why it has those content warnings. If this stayed a rom-com between a messy gal and a virgin, that would have been deserving of an average score.