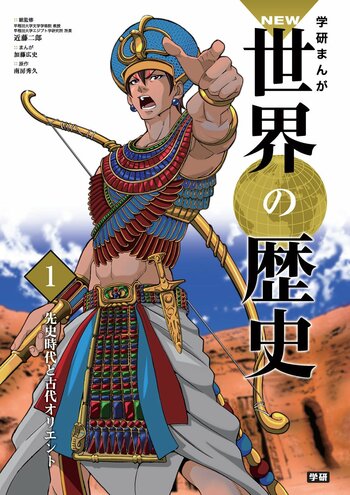 If you're looking for anime similar to Gakken Manga NEW Sekai no Rekishi, you might like these titles.

Sinbad: A Flying Princess and a Secret Island

A hardworking and curious boy named Sinbad dreams of becoming a sailor and traveling around the world. One day, he encounters a mysterious girl on a flying wooden horse and a group of men who chases her by flying carpets. Flying carpet, iron ship, attacking giant birds, and the secret island… Many hardships remain ahead of him!