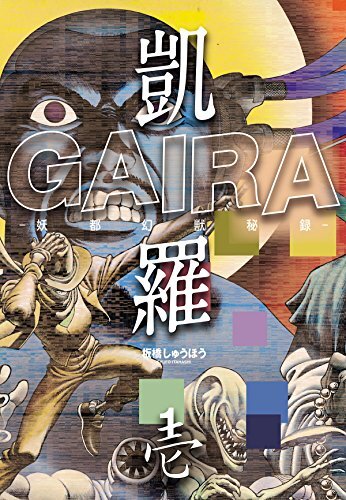 In the future, conception is illegal and fetus production is a privatized affair, occurring only in designated facilities. Any fetus found to have a defect must be destroyed at all costs. During this time, a young woman named Ebidani discusses the follies of her relationship with a doctor...

An Ancient Terror...REBORN! The worst living weapon was a super creature from ancient time, the Neo Hume, and the Nazis have brought it back. Only one man has ever encountered the Neo Hume and lived—Baron Gong! The stakes are high. Their power is incredible. The destruction will be terrible. The battle to save humanity begins NOW!

Ekijin (God of Pestilence) Syndrome is a disease that manifests paranormal abilities in an individual that eventually leads to death. The cause is completely unknown, and the only remedy is symptomatic therapy. Your family, friends, or even you can be suddenly infected and become the grim reaper itself. However, there are people who resist and fight against that hopeless disease. They are the Treatment Execution Organization's specialty division, "Ekijin Corps." Though those within the unit are infected by the disease themselves, they wield their paranormal abilities as weapons and wager their lives to rescue the infected. In order to protect the lives in front of them and to win against the disease that will undoubtedly take them in the future, the doctors will fight until the end.

On that day, humanity was turned into “prey”―. Gen is a high school student living on the island of Tsushima, a door to mainland Japan. Along with his sickly sister, Misaki, and his heartwarming mother, Gen was living a peaceful life, all until an “asymmetrical monster” appears on the island. All hell breaks loose on the island of Tsushima. These monsters devour everything from plants to animals, to humans, and mutate together. Will humanity stand a chance against these mutant creatures? Is there any hope?

Long ago, creatures known as White Gaunas manifested and attacked both the population and massive structures that tower above the cities. These terrifying monsters are held at bay only by those who possess the powers of the Black Guana, able to transform their bone structure into armor and weapons at will. Kudou Denji is one such person; he has been hiding under another identity for some time, and is now forced to once more protect the populace against new White Guana manifestations. However, it won’t be easy, as Kudou’s old organization Kegen Hall and others are also aware of his re-emergence...

Sayoko Tachibana lost her parents amidst war. In order to save her fatally injured brother, she chooses a fateful future for herself…?! This is a science fiction action novel depicting the story of a young woman baring the title of "Sirius", battling through her last 7 days.

Rumors tell of an immortal monster that escaped from a lab, and is said to eat human brains. But soon, Ryuuko realizes that this "terrifying" creature is actually... her classmate Shinanai?!