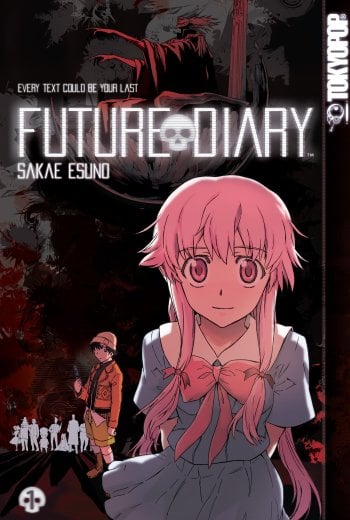 Yuki has isolated himself from his high school student life; even his cell phone reflects his detachment, since it only contains information about his surroundings. In his fantasies Yuki is chosen by his friend Deux Ex Machina to participate in a survival game of twelve people, each with a clairvoyant personal diary. The remaining survivor will become the new Lord of Time and Space. However, Yuki wakes from his fantasy to find that his dreams have become reality; his diary now has entries from the future about his surroundings, and he learns that his classmate Yuno is also participating. Even worse, Yuki finds an entry for his imminent Dead End. To stay alive he becomes Yuno's partner, but her diary only contains what will happen to her beloved Yuki. Yuno swears to protect Yuki and uphold her unwavering love for him; she will protect their bond, no matter who she has to get rid of.

Mirai Nikki is a manga that follows the story of a bystander who's always writing a diary with his cellphone. Not long after the manga starts, this young man is caught in a game of survival or rather...destiny.  A game that only one will remain and stand on top of everyone's corpse, a game of mutinies, a game which even god is digusted to look at, and a game...of affection.Story: 8/10First impression i got when i read this manga was "this is so Higurashi and DeathNote combined", turns out i wasn't really wrong. While being 30-50 pages per chapter can almost guarantee the depth of the story, this manga deepens it even more with well-placed interactions between the characters. The past and backgrounds of the characters are quite easy to comprehend.  The story is good, but it isn't all that special.Artwork: 7/10Nothing's special about the artwork, really. It's just enough, though i'd really like Mirai Nikki to be an anime series with much darker artwork than the manga.Characters: 7/10Not much, the main guy,Yuki is not even interesting up until the newest chapter translated. Now,if you take a look at my avatar, you'll know that i like Yuno as a character. Why? the sole reason is that she's a pure "yandere", no will other than to protect her loved one, Other characters are pretty generic except for Akise, which seems...to like Yuki more than friends, the newest chapter comfirms this even more. I don't like shounen-ai, so if this continues and with less Yuno appearance, i might drop it without a second thought.Overall: 7.3/10All in all, this manga is not bad, it's almost the other way around. I admit sometimes, there are mangas that's not really for everyone, if you like gore or "guro", you'd probably wanna give this one a try (though the portion has been decreased as the chapter goes). If you don't really like "guro" this one is quite okay, if you pay attention to the story at least.

Mirai Nikki is a 14 volume manga by Sakae Esuno, about a young boy called Yukiteru Amano who is a complete loner and spends most of his days writing down the details of his life into a diary on his mobile phone. Naturally, he has no friends and is teased constantly by his classmates. However, he does have two friends in his imagination: the god of space and time, Deus Ex Machina, and his little demon assistant, Murmur. Deus Ex Machina comes up with a game one day that could change his life forever. He takes Yukiteru's phone and makes it so his diary gives him little memos of the future ahead, the Random Occurences Diary. At first, Yukiteru uses it for the mundane things we all would. He escapes a group of bullies by walking another route, he uses it to cheat on tests, etcetera. However, his sudden prowess is noted by a beautiful, smart girl in his class called Yuno, who, it turns out, is obsessively in love with him and has been admiring him from afar for a while now. She also has a terrifying violent streak. Yuno explains that her diary is the Yukiteru Diary, which gives her details of what Yukiteru does day in and day out. Yukiteru and Yuno's Diaries work in tandem with each other, and that this game has now become a battle royale with 12 participants fighting for Deus Ex Machina's throne. As other diary users come into their lives and nobody can be trusted, Yukiteru and Yuno are going to have to work together... even if Yukiteru really doesn't want to. This manga is absolutely thrilling. I never read it before I watched the anime, but I started reading it after episode 3 or 4 of the anime came out, and haven't looked back since. I haven't finished it yet, but hey, I've been busy. Them's the breaks. I love the survival/battle royale aspect of this manga. And I love how Yukiteru and Yuno's life permanently warps simply because of the choices they make in the game. Already Yukiteru has grown as a character, he's no longer a complete and utter drip, and Yuno still scares the bejesus out of me in tense situations. There are 10 volumes of the manga available in English, but unfortunately the publishing company, Tokyopop, closed its operations before the final four volumes could be released. A shame, since the eleventh was set for release in September. x_x Plus, the first few volumes are very expensive for manga. We're talking upwards of £20 for the first few (and the tenth) volumes. Sad but true.

it was overall an amazing story but i think they could have had more character development and it bothered me how much some of the younger characters were sexualized, especially yuno. 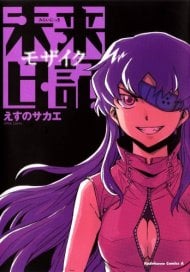 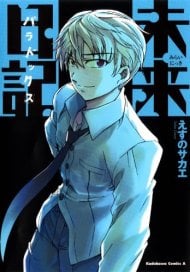 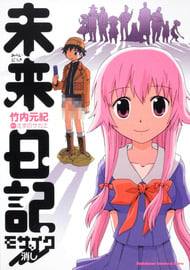 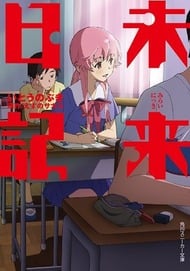 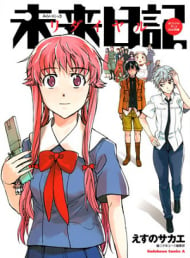 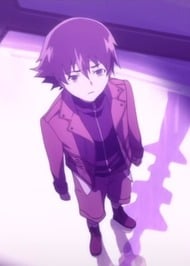 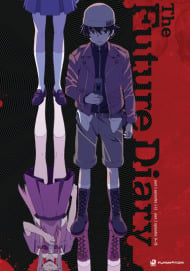 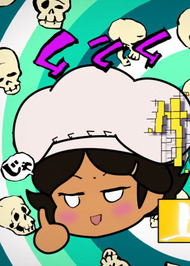 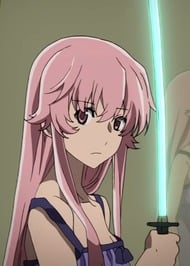