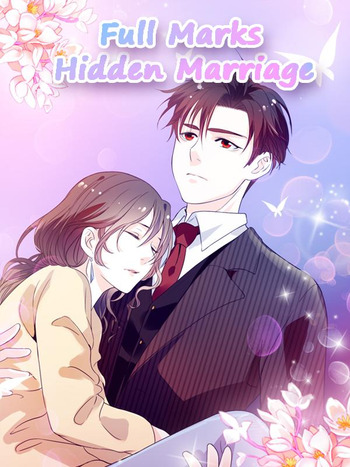 In the hotel, Manman planned to surprise her boyfriend by showing up for the fifth anniversary, but it turned out to be a nightmare in her life. A stranger happened to step into her room and her life. Several years later, as a mother of two kids, she attended an interview and found the boss resembled her son. This can’t be an illusion!

Starts off similar betrayed by ones sibling to sleep with someone under the influence of drugs got pregnant and her life was turned upside down by the betrayal of her sister and boyfriend.

She fell into the nasty plot of her sister and was humiliated. After many twists and turns, the misunderstandings passed by, one by one... When all the truth was revealed, when the plot was punctured, what would be their destiny?

The Expensive Ex-wife of a Wealthy Family

Moria, known as the "Campus Flower" gets separated from the other party after her boyfriend deceides to study overseas after graduation. The couple decides to keep a distance relationship and wait for the other partner before starting their new life together. One evening, Moria gets into trouble after having a drink with one of her trusted ones, but little did she know about the nightmare that would follow, the nightmare that would come to change her for good...

My Obsession Is You

Trouble With The President

After a failed one night stand, the bold woman secretly left him, leaving behind a provocative message with a lipstick mark. The man, however, swore to find this woman. The next day, all the major media outlets released a 'Wanted' notification at the same time. Tong Tianai was on her phone when she saw the notification, it had made her face turn completely red. "Qin Jinyang... the Qin Association President..." Because of that lipstick mark, she had become the Chief Executive.

An imaginary child ties together a British born Eurasian with a beautiful cartoonist.. She had no right to rebel...

Cheng Yi Nuo was badly framed by her sister. She did not want to give in to fate. She wanted to rely on her intelligence to be an entertainment reporter. She did not expect to shoot on the first mission to her boss?

A boss of a giant corporation is tricked by a little girl! And he also got dumped by her after she has played enough! How could be such a thing happened in this world?! If the word "sorry" can solve everything, then why we still need the police! "Hey, no matter you are alive or dead, I will find you in the end! I will not let you escape again!"

Nana K. is a hopeless romantic who is co-dependent on everyone around her and falls in love at first sight with any and all men, even married ones; Nana O. is a wannabe rock star who has had to break up with the love of her life so that she can find her own path as a singer. As Nana K. boards a train to Tokyo, she longs to finally be with her beloved boyfriend Shouji; as Nana O. boards the same train to Tokyo, she plans to live her dream with only the guitar on her back. The two meet by chance both on the train and in the city - ultimately choosing to live together - and though they are opposites in every way the girls quickly become close friends. Together, Nana and Nana will learn the bittersweet truth about love, loss, and the growth that comes because of it.

Addicted to My Sweetheart

After a night, her boyfriend became her sister's fiance, while her parents wanted her to serve an old man. Having no choice, she broke into his room accidentally. Unexpectedly, after a one night stand, he fell in love with her and insisted on marrying her. Since then she became the wife of Lu Zeyuan, the devil incarnate, which discomposed her parents and her blamed ex-boyfriend. A romantic relationship after marriage thus began...