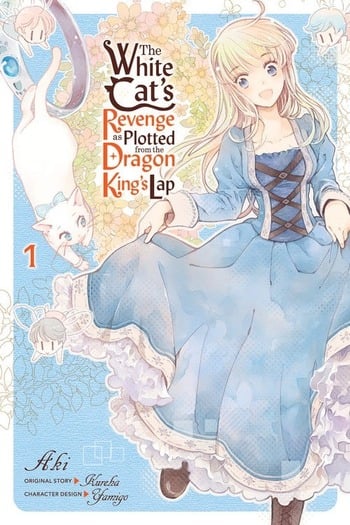 If you're looking for manga similar to Fukushuu wo Chikatta Shironeko wa Ryuuou no Hiza no Ue de Damin wo Musaboru, you might like these titles.

After finishing her villainess role, Ronia starts her daily life of managing a coffee shop in a town at the edge of the country. She wished for a carefree life, but gets dizzy seeing as she only gets customers who courts her...One day, the strongest and admired beast mercenary group stepped foot into her shop. A laidback, fluffy reverse harem life with the beast mercenary group!

The Great Sage Damaya has been given the mission of saving the world by transporting a saviour from another world. However, instead of a ‘Samurai’ or a ‘Ninja’ or anything, he mistakenly summoned a rakugo artist. This is a story about how a japanese storyteller, "Hanashika", saves the world using Rakugo.

Tarou was just an ordinary university student until a strange old magician summoned him to another world. Upon learning that his newly acquired magical power is 8 million (8 million more powerful than an average magician), he uses his abnormally powerful magic to revive the old man that caused all this... in the form of a frog. Thus begin the strange adventures of a boy with ridiculous magical power and Kawazu, the former strongest magician, now revived as a frog.

Iruma Takumi, a 40-year old salary man, was dragged into a hero summoning just like in a template. What was his fate? The Goddess sent him and the heroes to the other world separately. With the Goddess’ overprotective support, he landed in a different world looking handsome, rejuvenated, and quite different from a Japanese. However, he wanted a slow life while working in the manufacturing trade. That was not permitted by the Goddess’ special body and abilities. Would Takumi be able to live a peaceful life in a different world?