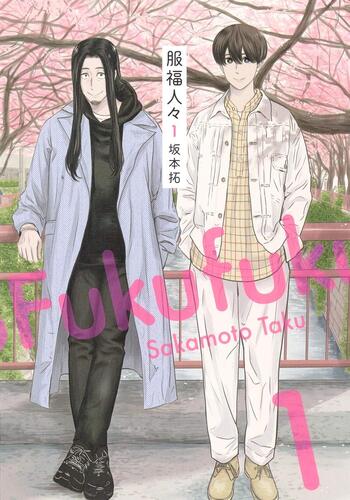 Yuusuke's little sister Tamaki attempts to explain women's fashion while also finding a path for her own future.

Chloe is a girl who cares a great deal about fashion, and goes out of her way to be as stylish as she can while in public. But she is also a “Yumemisei”, someone who can walk through dreams and along with her lecherous talking magical cat is helping the residents of the world of dreams find happiness while improving her own wardrobe!

Yuusuke, an average office worker, meets with his friend at a reunion -- only to realise that the fashion world has left him behind. Now, with the help of his sister Tamaki, Yuusuke steps into the world of trend and charisma.

University student Mami is seen by everyone as the fashionable cool model-type but she secretly just wants to wear Lolita fashion. While she tries occasionally to be more cute & less "stylish", she can't overcome the imagine others have of her. When she watches a new coworker at the cafe she jobs part-time leave in a extremly flashy outfit, it sparks the courage in her to express herself more truthfully too!

This is the story of Haruka, a girl who left the countryside to start her college life at Tokyo. She's secretly in love with her co-worker, Kurotaki, but she doesn't have enough confidence in herself to confess her feelings to him. That's until she meets Hikaru, a fashionist girl that's willing to help her. However, Hikaru's not what she seems to be.