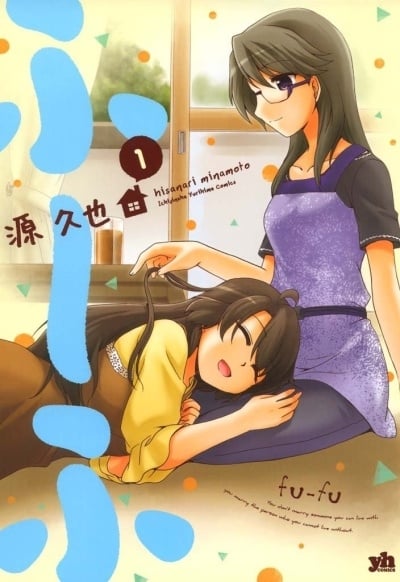 Sumi and Kinana have just moved in together. This is the refreshing and hilarious story of their (romantic) everyday life.

Back and no better than he was before, it's RandomRedneck, Over-Opinionated Guru. Back with my first manga review since November of 2011. Long gap. Anyway, for this review, I puruse through a short but sweet Shoujo-Ai manga. One that's devoid of the typical angst you get in this genre. Just 18 chapters of "God, that's cute." material. This is Wife And Wife. Let us begin, shall we? Story There isn't much in the way of story. A few little mini-arcs here and there, but not a huge overarching plot. No, the story is mostly devoted to seeing our main characters, Sumi and Kina, be adorable and flirt how you'd expect a newly married couple. With such stories as...buying a matress. Cooking dinner. Flirting...and flirting...and a little more flirting. Not exactly thought provoking stuff, but hey, it's cute. Art Art is good. This manga is a big fan of chibi comedy panels, and they're always a hilarious looking bit of humor. Also a big fan of sparkly, romantic backdrops when any of our couples are being adorable. Which shouldn't really be a surprise. Characters Our characters. Starting us off is the previously mentioned Sumi and Kina, the primary focus of the manga. Kina is an adorable ditz with a Kansai accent, and Sumi is the Straight Man(Despite not being straight or a man. Oh!) to her. Which usually lasts all of two pages before she succumbs to Kina's cute charms. A somewhat typical, but fun couple. Across the hall are Hayase and Komugi. A tall chick with a bumpkin accent, and her tiny, tyranical significant other. Typically I hate characters like Komugi, but she works off Hayase pretty well. And rounding out our important characters is Kana, Kina's playboy(Playgirl?) sister. Who, to my surprise, actually has the most well rounded character arc. Going from a serial womanizer(Yeah, she's as gay as her sister. Go figure) to an eventual one woman...woman. She's also funny as hell to boot. A good cast of characters. OVERALL It's short, it's sweet, and it's really bad about making you smile. If you like Yuri, cuteness, and Yuri cuteness, then this is a manga you'll like. That is all. Thank you. Yours truly, RandomRedneck. 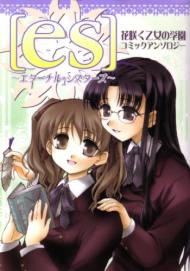