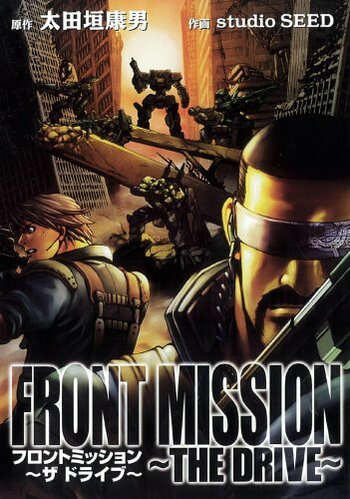 The urban legend in the battlefield known as the “Moving Corpse Storeroom” where anyone who encounters it would disappear completely along with their corpse. A young girl, Noel had her life saved at the Moving Corpse Storeroom by Scissor, and began to work together with him along with his robotic maid Helenne and the mechanic Dan. They were a group which did not belong to any single brigade and only took jobs which Scissor accepted. One day, they were attacked by a defective Lost Pack unit. They also discovered a secret laboratory which even Scissor, who did not feature any bodily enhancement, could not enter. And the mysterious keyword “Fairy-possessed”. What is the big secret which Scissor hides—!?