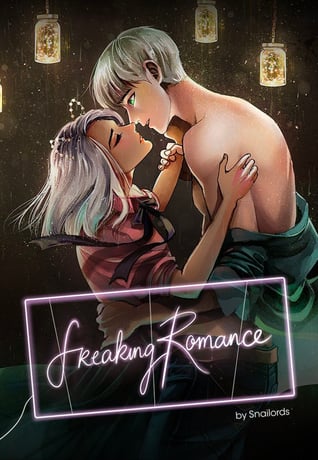 Born a humble peasant, Kihara Mei has lived simply day by day as a merchant in the capitol, and never assumed things would change. But, one fateful day would change the course of her life, when faced with a deadly challenge against dangerous royal assassins. Now, with the eyes of the dreaded Blood King upon her, her life of simplicity would now become a tangled web of secrecy, deceit, and desire.

It is over bearing romance And suprise ,excitement reading it.😊😊😊😊

I was enchanted by reading...

A 29 year old hopeless romantic wonders if her time has come and gone, until she meets a 23 year old, billionaire bachelor with a secret. In love, does age really matter?

The Great Merchant Kim Manduk portrays the story of a poor young girl who, despite the misfortunes she had to face in life, made it to become the best merchant in Joseon. We will see her undergoing many troubles and hardships, as well as finding true love when she least expects it.

The Strange Tales of Oscar Zahn

The journey of the world's greatest paranormal investigator - Oscar Zahn. Friend to lost souls, enemy of evil, he may lack a body but that doesn't mean he's missing a heart!

Content with her ordinary life, Lyra is somewhat of a wallflower. However, her comfortable lifestyle suddenly goes astray when she accidentally plunges into the world of sirens. Entangled in a curse, Lyra will learn that her world may be a lot bigger than she had ever imagined.

Yun-lee is a girl who is carrying a huge emotional scar in her heart. Due to an accident, she lost 2 precious years of her life, the time period between 19 and 21 years old. Her life is empty. She is miserable, but still attending a preparatory school in an attempt to catch up with all the time she has lost. Suddenly, one day on her way to feed some stray cats, she comes across a young man who seems to have what she has lost... the period between 19 and 21 years old.

A nerdy, introverted gal and an extroverted, former frat guy move into an apartment together after college -- it's a win-win situation for two people who want nothing to do with one another