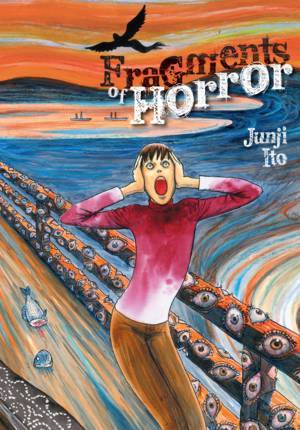 A common theme in these standalone stories is hallucinations or illusions, which may or may not be true. And creepy women. In fact, now that I think about it, these stories either don't have any creepy evildoer of any capacity or they have a female creep-creep. No male baddies. Oh, wait, chapter seven technically has a male cross-dresser/potentially transgender person as the driving force of evil, but that character's still presented as a woman most of the time. So the author very clearly finds women to be creepier than men.

Some of the stories definitely tapped into a core feeling, and evoked discomfort and angst in me. Others were just silly. I was really enjoying the hopeless despair in chapter three--where no matter how much Tomio struggled, it was already too late. But then the ending ruined it. And that's sorta how I felt about several of these stories--like they had potential which wasn't fully captured.

This collection of short stories feel exactly like the scary stories you heard as a kid, very neo-nostalgia.