Alt title: For Your Love Season 1.5 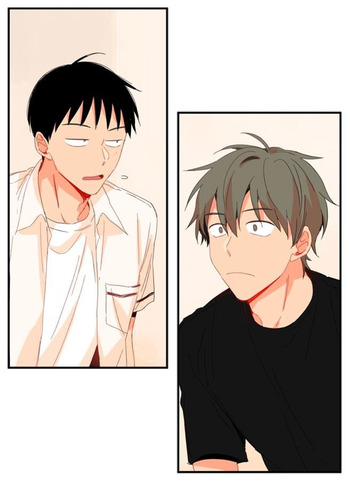 It's the first day of the new school year and Juhyun... Well, he's not exactly enthused. In fact, the only things on his mind are girls. The girls at his school, to be specific. Jigoo, on the other hand, wakes up early and gets ready and stops by Juhyun's home on the way to school. And, as it turns out, Jigoo might not be as interested in girls as Juhyun is. Juhyun is about to find out that some secrets are hard to keep quiet. And sometimes, everyone needs a little help.

Shall We Go Surfing?

How did the phrase "Surf with me." became a connotation for "Sleep with me"? There are strange rumors surrounding Ha Doyoon, and Sung Jin, curious to find the truth behind those rumors, approached him. The events that unfolded during the 3 days that followed only made him more and more confused.

Han Soo-Bum has nothing to lose. Dying seems to be the solution to all his problems. How hard can it be to kill himself? Unless he gets abducted by a hot guy Lee Hyuk Soo running from the law who has been falsely accused. Where will they run to, and what are these feelings blooming inside our fugitive’s heart?

These Are The Hungry

Life doesn’t always go as planned. High school sophomore and star catcher Itoshima devoted every fiber of his being to baseball, only to have the cruel mistress that is fate rip his one love in life away from him, due to an irrecoverable injury. Freshman Saitozaki never dreamt that his beginning days of high school, what should be the prime of his youth, would consist of battling incompetent bus schedules, unsympathetic teachers, and punishments that put his very life at risk. He also never imagined having these strange new feelings that have arisen ever since Itoshima crossed his path in his time of need. Is fate playing another harsh trick on this hapless duo, or will Saitozaki and Itoshima take destiny into their own hands and rediscover how to laugh and love?

Once young friends, Haebom and Taesung have grown distant after tragedy brought them under one roof as family almost 10 years ago. Things get more complicated in their last year of high school as now they’re... classmates too?!

Jaehyun may be the composed upperclassman on campus, but he secretly plays the hottest elven diva online with a love of pricey costumes. He meets Eunsung, a handsome first-year with deep pockets guarding his own secrets, at a school event. They connect instantly, but what begins as a sweet challenge becomes a risky game of affection on- and offline!