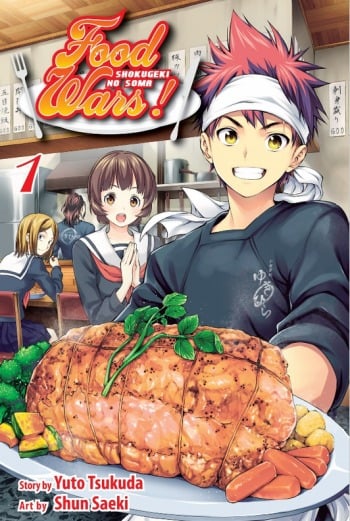 i really like the earlier part of this manga. It was interesting, explained the food in a way that made it interesting and made a decent story out of it. but it took quite a steep fall once they started introducing all the new god tongue things into it.

They started it all out by expelling a student cause of his faint citrusy perfume, cause it would (could) ruin the senses/taste of a dish. and in the latter part they have a maniac with a chainsaw, a machine that literally spews out gas and "odor" (and gasoline has quite a sticky and persistent smell) cutting up meat, not even affecting the taste. they sortof lost their meaning in the latter part of the manga.

it stopped being about food and development and making good dishes to just be "look at my dish you can buy in at a gas station, that tastes 100x better than any food you can make cause i put my feelings into it" and "look at me, my food tastes better cause i can use 2 knifes at the same time". like wtf. they did have these elements in the beginning aswell, but not to this extent. and the fact that they finished this series off with "the feelings and emotions you put into the dish is what makes it good" ticks me off, considering it wasnt like that in the beginning.
The way they finished it off aswell. nothing at all. not satisfying, not interesting, not anything. They really did me dirty with this one.

To sum up my opinion on this series, the beginning is wonderful, and i really liked the story and their way of portraying the story (a little ecchi never hurt anybody) and the characters were funny and amusing. but it really REALLY fell off after the train arc.

i would rate the first part of this 8/10, really amusing and kept me reading.
and then the latter part i would give 3-4/10, i kept reading cause i wanted to know how it finished.

SHOKUGEKI NO SOMA is the greatest manga.

i love the story so much; The series is set mainly at Totsuki Saryo Culinary Institute, an elite culinary school located in Tokyo, JAPAN, which only a handful of students graduate each year. Teenager Soma Yukihira aspires to become a full-time chef in his father Joichiro's family restaurant and surpass his father's culinary skills, but Joichiro gets a new job that requires him to travel around the world and closes his shop. Joichiro has Soma enroll in Totsuki Saryo Culinary Institute.............

But the end of this story it really didn't satisfied me.

I first found out about this series after hearing it was going to be turned into an anime a few weeks back.  However, I couldn't wait until next spring and just read the manga anyways.

Yukihira Souma is a talented chef that is told by his father to hone his skills at a world-renowned cooking academy, Tootsuki Cooking Academy.  There he brings his own unique style to completely shock everyone and try to become the best chef.  All this is in preparation to one day run his family's restaurant and surpassing his father. 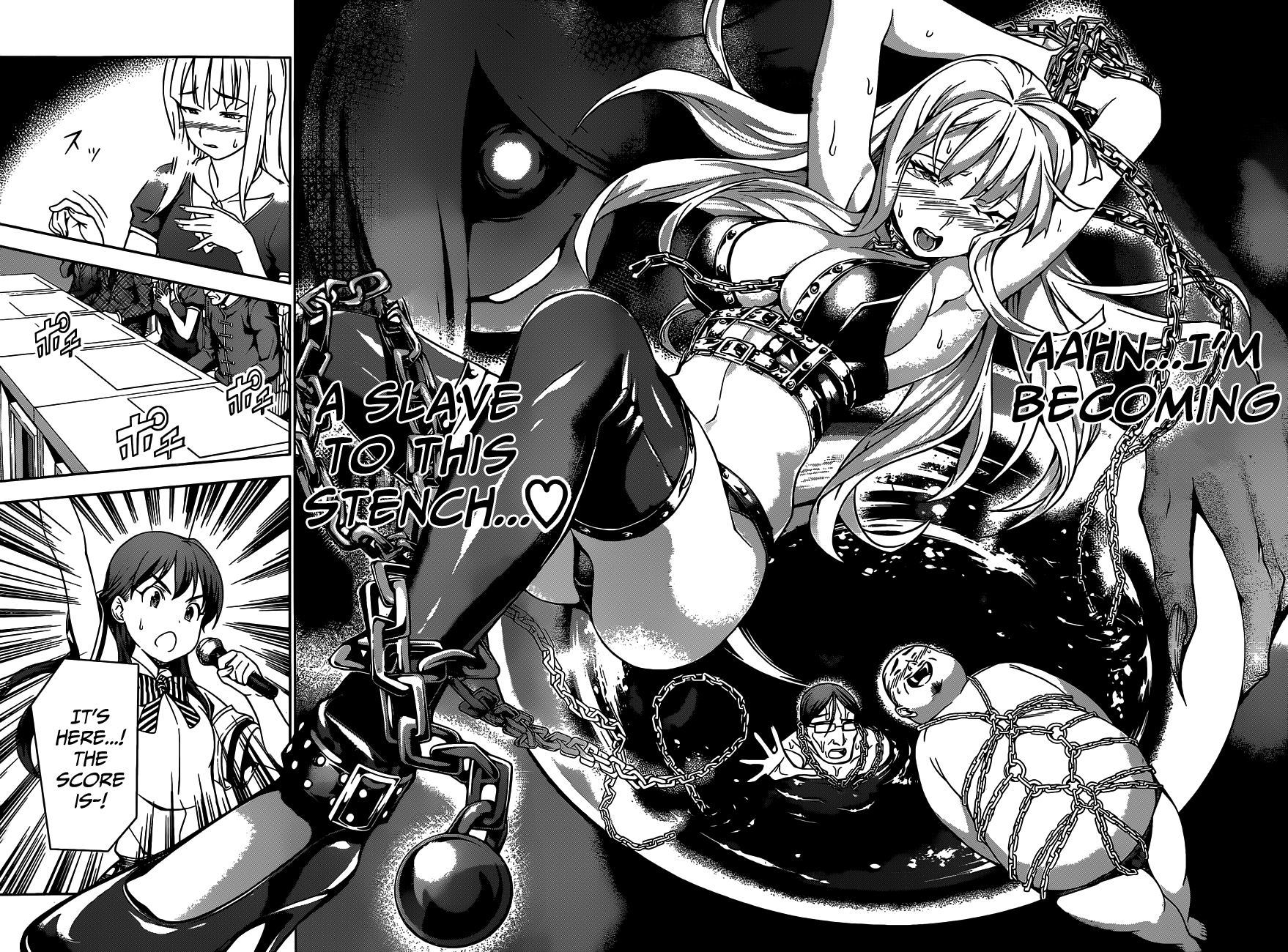 One thing that is drawn really well is the food.  It's a manga based on food so it better provide well detailed dishes and it delivered.  And one other thing that I found completely awesome was the JoJo's Bizarre Adventure reference.  I've been coming across those a lot lately and I can't help but love them. 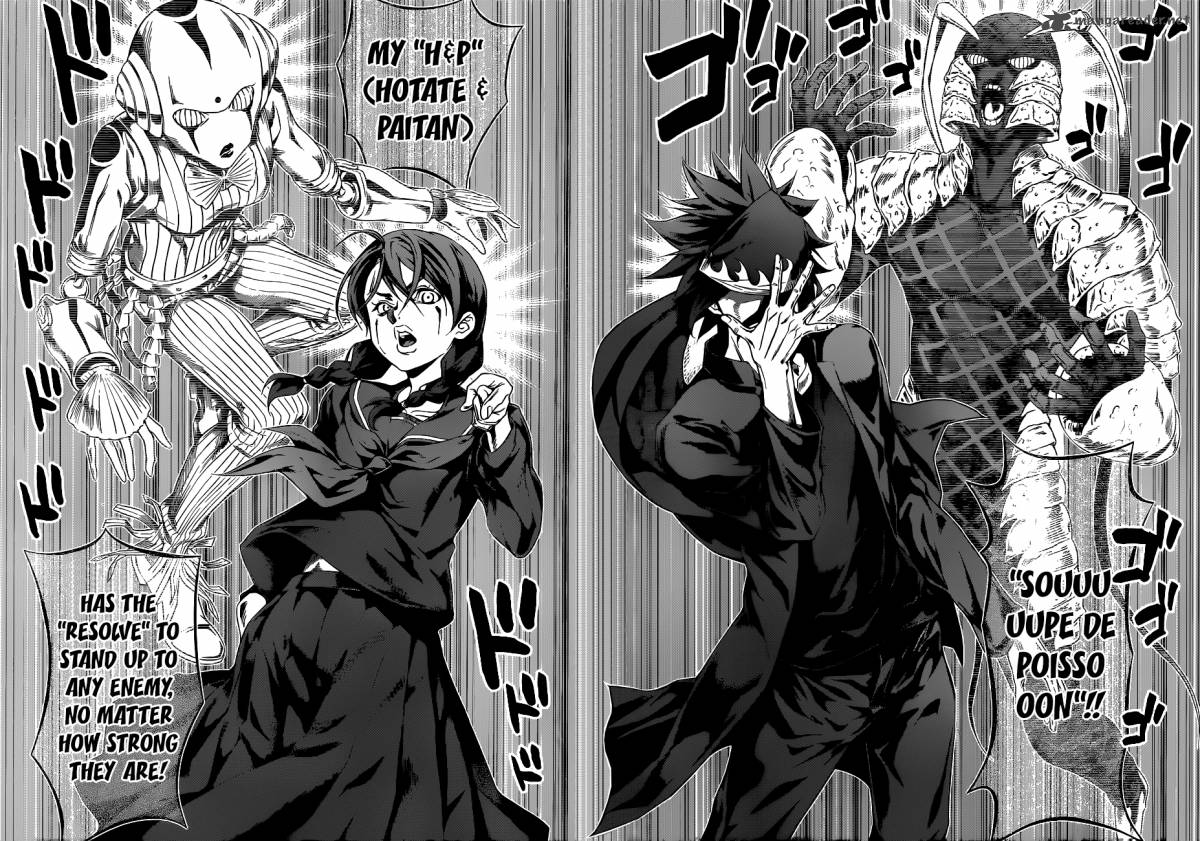 All are somewhat stereotypical but they're just really endearing.  Each ones have their moments to shine and do something great.  My one real problem is that there's too much that just pushed right into your face right away.  It took me a long while and a bit of research to fully know all the characters and their personalities.

Shokugeki no Soma is an extremely enetertaining story. I first thought if this as a time filler while my other mangas got updated.  However it's a story that grips me and keeps me wanting more.  As someone that likes to cook as well, it honestly makes me want to start cooking as well.  I just can't wait for the anime