Flower and the Beast - Reviews 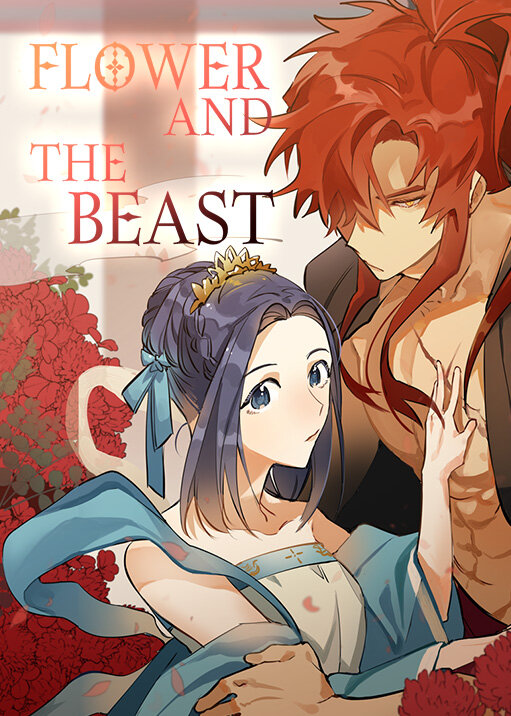 There are around 20 already translated chapters and so far I am 13 in with a few thoughts that I want to relay.

Although I enjoy the concept, I'm having trouble connecting with the MC. Despite how much I like her character, I'm finding it hard due to the minimal amount of time we actually share following her; there is a lot of time spent on conversations between other people within the palace. I will say, however, the art is lovely and I'm still willing to give the rest of it a chance in the hopes I'll be pleasantly surprised with some more character development.

If you're into possessive male leads, a wholesome family dynamic, or something humorous, this is the manhwa for you.

Flower and the Beast falls under my guilty fave otome isekai list for everything that it's criticized for. Almost all of the tropes that I love are here and I'm not ashamed to admit it.

I like the cool and powerful male lead with red hair that drops everything for the female lead. I love how the FL's family dotes on her and treasures her the way she deserves because we're tired of seeing abusive family relationships. I love that this is drawn as humorously as possible because it lightens up the story a lot.

People criticize this for not having enough plot or having little to no character development. I think those are valid criticisms but at the core of it, this is a love story. Sometimes, a little suspension of belief is needed especially when the premise is quite ridiculous. I mean, the FL wakes up from a 12-year coma and is unaware that the man that she is seeing every night is the elusive crown prince who is clearly in love with her? Bro. So yeah, I would say that there are some elements here that we should take for granted.

I do like the FL though. She's tough but she's not too independent and honestly, the fact that she's kind and caring is enough for me. Women could be kind and caring in fiction and it shouldn't be taken against them. Some people would think she's a doormat but I think her personality is sweet and fair but rigid when the situation calls for it. Props to her. She isn't a doormat, she just doesn't choose violence with every interaction she gets.

The ML is cute! He's the walking equivalent of "no thoughts, head empty" except when it comes to the FL. For her, he would exhaust all two of his brain cells to guarantee that they end up together (with her consent, of course). I find how he reacts towards her to be very sweet and I appreciate that he tries to understand the reasons behind his behavior, without forcing his feelings onto her from the get-go. Contrary to how he's portrayed, he's actually quite cunning when the situation calls for it but he prefers violence and murder because it requires fewer steps to execute.

The art is a step above average and one below pretty good but I don't notice it because I only care about how the ML and FL are drawn. And they're drawn attractively! Everyone else is drawn for the sole purpose of humor, with the artist resorting to cartoonish styles and exaggerated facial expressions. I didn't mind it since it only improved the funny bits, especially between the emperor and the chancellor.

The story started out great but the characters are simply not developing well. Especially the female MC, as chapters go by she is becoming more and more ornamental in the story and we see little to no contribution in anything really from her side.

Also is it just me or is the art also getting worse? Its getting less detailed and more cartoonish but seems to be highly rated by most users. Not sure if that is the preffered style these days.

I am 33 chapters in and for now, it's been a very cute story. The story is about the female lead waking up from a 12 year long coma and how she gets closer to the crown prince while having insanely overprotective family.

This has lead to some really funny situations. Love the ML and how extreme he has been potrayed as but I have been having a hard time connecting to the female lead. Other than that, it's been amazing.

Review:
Uwu~ Moo-young! HE PROTECC, HE ATTACC, most of all, SHE GONNA BE HIS SNACC! haha they have such cute interaction. Oh and Hwa-yeons pretty and nice, but she bitch slaps the hella outa her enemies. Hahaha

This is the story Hwa-yeon who woke up after 12 years. Girl was doted on by her siblings and dad. One day, she wanted to join her dad for lunch when she got lost and entered a "dangerous" place. There she met the beast Moo-young, who disguises himself as a cute puppy to attract his prey's attention.