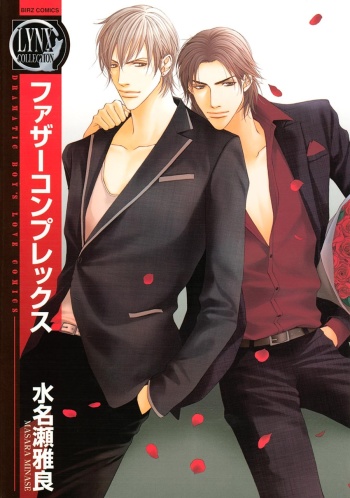 Ao Sakabara is a rising young actor who loves his fans. He credits his success to them. So he is thrilled when he gets a huge role in a drama written by his favorite screen writer! To top it off one of his co-actors is the biggest star of his agency. Life is good until an unexpected part of his past shows up to ruin everything.

Actor Makoto Aizawa’s star has begun to rise, attracting the attention of Jounouchi-sensei’s rival director, Taizou Oouchi. When offered a lead part in Oouchi-sensei’s new musical, how can Aizawa turn it down? Maybe the fact that he can’t sing a note should factor in to his decision? Or perhaps Jounouchi and Oouchi’s relationship as bitter adversaries ought to cause Aizawa to steer clear? At the end of the day, is it Aizawa’s talent that’s motivated Oouchi-sensei to offer him such a plum role, or does the director have other sinister motives?