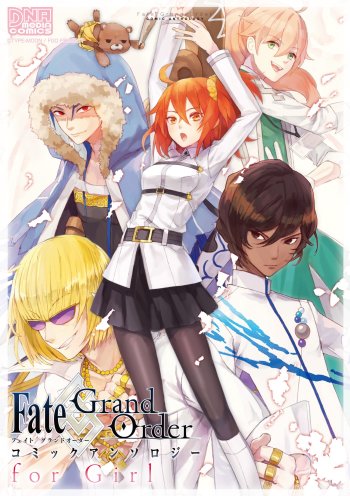 If you're looking for anime similar to Fate/Grand Order Comic Anthology for Girl, you might like these titles.

Arisa Minase is a cheerful, gentle girl who lives peacefully with her kind parents and older brother, and who has a lot of friends. On the night before Arisa's birthday, she is eating cake with her brother when the clock strikes midnight. At that exact moment, suddenly the ground opens beneath her feet and Arisa is taken to Wonderland where the inhabitants, who resemble people she knows in her world, all call her Alice. Arisa relives the same day in Wonderland over and over, and she must find the real Alice to be able to break the cycle and return to her own world.