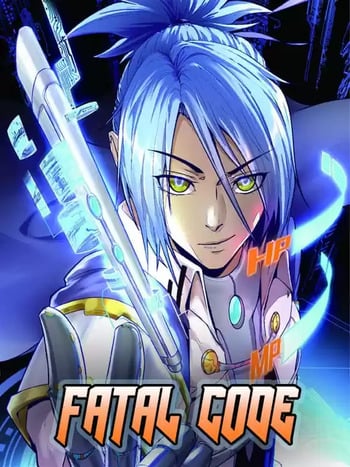 When ten-year-old O Junxia woke up 100 years later in an ancient tomb, everything's changed, not only the scenery but people's heart. How could a man become a swordsman? How could a swordsman use his sword to protect others from danger and misery? He's too young to know but how young is too young? Would he really know it when he grows up? And what on earth that he should know...so many questions need asking and so many people are waiting for their swordsman to appear!

Ordinary student Yayoi, because a thousand years ago, he was kind to Xiangliu, he had a marriage affair with the daughter of Xiangliu family. Reluctantly, the Xiangliu family had to let him enter the demon den and become a son-in-law. From then on, the group of demons often accompanied him. At the pinnacle of life, he was even involved in the "longevity" storm. Everyone wanted to live forever. Everyone wanted to ascend. The biggest secret was hidden in him as a mortal. Relying on the soaring secret, Yayoi stepped on the demon clan and leaned on the town demon division with her back, and became a big villain who demon cried out.

Xin Ting Is a Great Sword

After the rejuvenation of the spiritual energy, the whole people pay close attention to every trace of spiritual energy, only Lu Shu, backed by the negative emotion value system, will become stronger! He just wants to protect his sister, but the torrent of times is inevitable, so he has to...by the way, become the strongest! So, are you ready, Lu Shu "The Great Demon King" is here~

It Feels So Wrong to Bite People

What?! Do I have to do all the bad things to get stronger? What kind of system is this! I just want to be a ordinary person!

Rebirth of the Great God

The God of Heaven, also known as "Lin Hao Tian".He is an immortal genius. He was killed jointly for threatening the status of many fairy lords. At the end of the day, he worked hard to break free from the shackles of time and was born again as a boy. This life will certainly be rewritten and returned to the top of the universe.

There are all kinds of creatures fighting against each other on Earth, but only one can be called King of the Earth, that can sit on the throne with girls hovering around him! A young man, a bloody sword, girls, and a group of Spiritual Pets... The road to strengthing one’s powers have no limits... one can enjoy the life on Earth whilst conquering the underground...