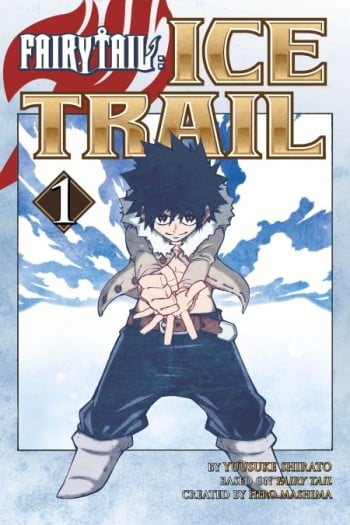 In this medieval land and era, a Kill Wizard is a magic user sworn to defend society by beating selfish, dangerous wizards at their own game. Along with a noble shield-user, this story focuses on one of the most powerful and intelligent Kill Wizards of the time. Just don't call him a woman...

Jio to Ougon to Kinjirareta Mahou

Jio is a young magic user whose goal is to one day become the greatest magic user in the world! He lives a sheltered life with his master Iregaura, until the events of one day leave him to journey out into the world alone. Jio, whose magical specialty is making flowers bloom, has a lot to learn about the world outside his home, but he is still determined to achieve his goal!

Lyle is a young man who lost his memories when he was young, and doesn't know who he is or where he came from. His only connection to his past is his Soul Gadget, "Czerny". Lyle was adopted by Gio, and has a sister-in-law named Sheska. These three work together on special thieving jobs to make ends meet. Read along as Lyle uncovers the secrets of Czerny and his past...

Many years ago, an evil witch ruled the continent, and she had many magical treasures. Now the land is ruled by a king, but the witch's treasures remain. A young amateur thief named Sue is determined to sneak into the nearby ruins and steal treasure to help her poor village. On her way, she runs into one of the 3 legendary thieves, Marshmellow, who is obsessed with beauty. He isn't quite as suave as she'd expected, but he seems to have the same eyes as the ancient witch. After their first adventure together, Sue joins him on his journey to collect all the witch's treasures. He claims he is only interested in their beauty, but what will happen if he actually recovers them all?

Long ago, Medeus, king of dragonkin, conquered the continent of Archanea, giving rise to an age of fear and despair for its entire people. That tyranny was broken, however, when an unlikely hero intervened. A young man hailing from the Altea region appeared with a divine like blade in hand. Fang of dragon and blade of light locked in battle; and in the end, blade prevailed. For some after, the land enjoyed an age of peace. However, after a century's passing, the Shadow Dragon returned. He forged an alliance with a fiendish sorcerer who sought to rule the world, and their combined might topple kingdom upon unsuspecting kingdom. Again, the darkness threatened to engulf the continent. It fell upon the king of Altea, sole descendant of the dragon-slaying hero, to sally forth with the divine blade and fulfill his blood destiny. His son, Prince Marth, remained at home with the boy's mother, his elder sister, and a garrison manned by Altea's neighbor and ally, Gra. Thus the boy applied himself to the ways of both pen and sword, until one day...

Some of our most cherished manga characters are blessed with magical powers. Others have an extraordinary combination of superhuman strength and cunning intellect. But Hibiki? Her only real skill seems to be making a pot of delicious tea...or is it? This heartwarming fantasy story will have you believing in Hibiki's magic!

The Mana Tree, the giver of mana and life for the world of Fa'Diel, burned down nine centuries ago. A war erupted between faeries, humans and others seeking the scarce power of mana that was left. When the war concluded, the drained Mana Tree slept and throughout the many lands of the world mana was stored in ancient artifacts. Toto and his pet rabbite have set out on an adventure to restore the world and its mana to its former self.