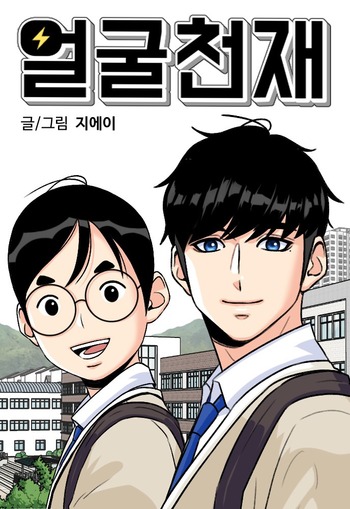 Spaak, a very powerful and respected G.C. (Great Child) offers his position to a young boy named Bucky who has the dream to become the ruler of the world. In order to become a true G.C. to protect his land from animals that have gone haywire, he must cross the twelve countries and defeat each G.C. guardian who are ordered by the G.C. leader Hail to stop him. Kai and Pinky who are also G.C. follow Bucky on his journey to make his dream come true.

The civilians of the Crayon Kingdom have always view their Princess Silver as a twelve-year old girl with a beautiful smile. However, unknown to them, the princess has 12 bad habits. This has created much distress to the Chameleon Prime Minister and the Crayon ministers for it would be embarassing if this gets out. One day, a party was held to celebrate Princess Silver's twelvth birthday. The princess was trying to seek her Prince Charming that she forgot to take notice of her bad habits. One of the boys at the party was so angry that he changed Silver's parents, the King and Queen, into stone. In order to break the curse and save her parents, Silver decided to set on a journey to locate the boy. Together with her companions, Silver begins her adventure.

Noel is a young boy who has a house in the jungle. After dreaming about a girl flying on a goose, he decides to travel with his dog Kisonosuke to many distant places on his propeller plane.