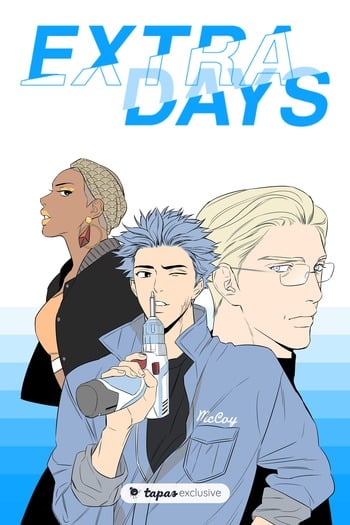 The year 2070... in a world where eternal life is made possible, the boundaries between humans and robots begin to crumble.

The second season of Gepetto.

Teach Me How to Please You

A world where machines yearn to understand and become humans and where one human seeks to become as strong and indestructible as these machines.

Milo lives in a world where interacting with androids is completely normal. And now, he lives with TWO androids built by his sister. How safe is he living with androids who have deadly strength? Why did his sister gift him a "bodyguard android?" Well, he's about to find out the hard way.

At the international security center known as "STAR," computer specialists are working around the clock to prevent networks from being infiltrated by viruses and other cyber crimes. Sky, STAR operator and the son of the facility's director, spends his days battling against cyber-terrorism with the ultimate weapon - cute and sexy CG life forms known as a "Maidroids!" Discover how Maidroids and their dedication to their cause in cyberspace keep our everyday existence safe!

Dream girl, who will fulfill all men's dreams! The dream life together with Dream girl shall begin!!

The strange cohabitation between Ai, an android, and Siyoon, a normal NEET, begins. Although Ai is always going around causing a commotion, Siyoon slowly starts to warm up to him as Ai starts to become more and more human-like.