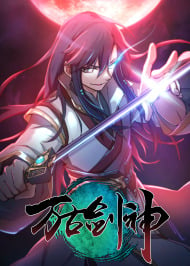 See the problem with this story is the female character with the mc. Everything else is fine but oh boy is she an annoying little twarp. I want to slap her face whenever she opens her mouth. Because of her I couldn't enjoy this story at all. I dropped it somewhere around chapter 60.And although the mc is cool and composed, him knowing everything kinda undermines the excitment. Everything is within his hands so you don't feel like he can fail. He's OP from the get go and is never in any kind of danger whatsoever. The plot is confusing as well because you don't know what he is doing or why he is doing it. DId I say that the female lead is annoying? Because she is.

It's hard to explain the story without spoilers, all I can say is give it till chapter 45 before dropping it because it's too inconsistent or a lack of sense, from ch1 to 45 it could be considered the prologue. All I can say is that it's a nice take on a common trope, the story is presented slowly in an overarching way, not forced down your throat in the first 1-2 chapters as it often happens (you know, MC is god, he's betrayed, reborn, has his mind sword, his new body has ruined meridians, he repairs the, like magic, and off you go to the story), this one actually doesn't tell you anything and you discover some things latter and "guess" others later. The MC is pretty unusual too, similar to the guy from "Above all gods" but more centered, less bloodthirsty but equally aloof and detached, he's a bit bland to be honest, the author tries too hard to put an aura of mystery around him, maybe, still, he's decisive, has his own mind and is the closest char I've seen in manga/manhwa/manhua to the "true neutral" alignment. There is no FL so far (I think, maybe his main disciple? thou I don't think so I'm not certain) thou there are some woman that follow him, they can be annoying at times, but I didn't find it that annoying, in any case most of the development is centered on them and the sect rather than the "mysterious" MC. You'll either like it or be annoyed by it, I personally find it a nice change of pace. Overall, the story so far is quite good with it's slow unfolding, good storytelling imo. Characters are a mix bag, but there is a low amount of the typical "villain of the day", more good than bad. Dialogues are not bad and at least sound mature. The art-style is good. And the pace is good. It's not the best Wuxia out there but it's rather good. It's just a pitty that there is no decent translation. In particular, the comickiba MTL is awful. Now Neko scans seems to be taking it up but for some reason no group lasts long on this one and, they skipped lots of chapters. It's a real pitty Flame scans dropped this one. 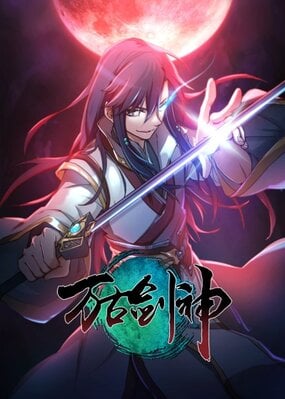