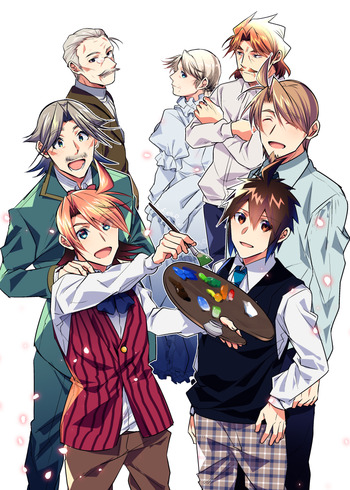 On the very day of his wedding to the beautiful Mercedes, a young merchant sailor named Edmond Dantès is falsely imprisoned for life, laying to waste his plans of marriage and hard-earned fortune. Following several long years in prison he has managed to escape and reinvent himself as the mysterious Count of Monte Christo. It is the reign of Napoleon Bonaparte and the Count has been plotting his revenge on the three men who had him falsely imprisoned. With a new identity, an incredible education abroad and a vast fortune, has returned completely unrecognizable to those who had committed their crimes against him.

The Golden Age of Decadence

Mysterious spirits from the Lethe Valley have invaded 19th century Paris and are stealing words from people. Poetry, however, can defeat these spirits. Blighted by the spirits, famed poet Baudelaire faces a fate worse than death and decides to teach Cocteau, an illiterate orphan, poetry after sensing a hidden talent in him. But, can Cocteau learn poetry when he can’t even read? Why do these spirits from the Lethe Valley steal words from people?