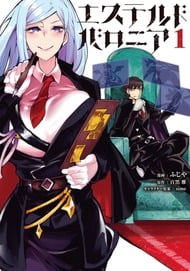 The king of the strongest demon nation, "Esteldobaronia", is a weak human?! Charon is a player who reigns over the strongest nation, Ester de Valonia, in the VRMMOSLG game, "Apocaryspha". After a certain maintenance issue, he finds himself in another world with the country he built in the game! This is a story about a weak human who fights with demons to build the world's strongest nation!

I was okay 👌 It left much to be desired for. The story could develop more from what it ended at and some aspects felt rushed, or had no point for the overall story. Possibly it could makes sense in the light novel but it's still getting translated for more volumes currently.

There are times when reading any literature where the amount of promise, and apparent outwardly appearence, do not live up to the actuality of the work itself. In short the cover of the book was far more impressive than the actual content withn. In short........this sucks! Now before you rush into the "No idea what your talking about" nonsense, that inevitably happens here in the toxic world of the Internet, allow me to lay out my case. See what sucks is this now cancelled Manga 'had' much potential but utterly failed due to a number of different things. No worries as I'll keep this brief; no reason to waste words on this. So right off the bat the art style is atrocious. It's bland, very little definition, and effectively is more swirls of ink than actual works of art using what appears to be standard early 2000's manga style. It makes it hard to appriciate the character designs, the settings in which the story takes place, and does little to stimulate the reader into wanting to know/see more. Speaking of character designs this may have been the only good thing, the only saving grace, of this short-lived Manga. Just in the first 5 chapters alone your intorduced to a number of 'demons' who are all unique in appearance and personality. Costume designs are interesting, and the usage of various weapons/attacks does have some appeal to it. While many are very cut-dry characters (similar to the 'Overlord' type) they bring a bit of spice with their personalities and unique quarks. However you quickly loose focus as they launch into useless diatribes that do little, if anything, to help 'world-build' or explain the situation around them. Almost like the author is having a arguement with multiple personalities within themselves. They seem to be your typical 'Isekai' tropes with the author's own flavor added within instead of unqiue individuals to this story alone. That said many are decent, and could hold potential should they be used more effectively.  Segmenting into just that topic (and back to utterly demolishing this Manga) the story telling is absolute crap! As previously mentioned the characters spend much of the first 5 chapters aruging with each others and defining their own personal relationships with one another than actually helping the reader to understand what is going on, how they are important to and/or will drive the story forward, or define the world around them. Even the main character gets a chapter and a half before being buried under useless chatter between the '17 Pillars' that are a useless comedy show rather than crucial story elements. No mention of who the demons are, or explanation of why they are suddenly flooding the castle in the beginning of the story, or even a half-decent explanation as to why the world around him is the way it is (Game Shutdown and now you stuck sunny!). In short too many monologues, not enough world-building, and absolutely little if any explanation of the goals of the protagonist! Speaking of monologues that bury story elements lets take a quick chomp out of the greatest sin of this piece.......ignoring the SSVG. For those of you not in the world of gaming SSVG, or 'Simluated Strategy Virtual Reality' games, is a sub-genre of the Japanese video gaming world that gets little, if any, attention due to the dominance of JRPG's. Strategy fans tend to be a talkative bunch who fan over statistics, numbers, crucial decision making, and grand strategy elements. Why is this important for discussing this shit Manga you ask? It's missing! What little is in the Manga only pertains to the main character responding to an 'Emergency' which is quickly replaced by 25 frames of self-doubt and depressive diatribe. No explanation as to how 'The King' will save the demons, or how the influx of refugee's will be resolved, or how his long-term goals will be reached............it's all just missing. This element alone is what made stories such as 'Overlord,' 'Release that Witch,' and 'Become the Castellan in Another World,' so interesting and tolerable despite their other shitty elements. This could have made this series interesting at best but instead the lack-of-it alienates any SSVG fan, or readers in general, that would be interested in reading this story. So between the poorly used character designs, over usage (flooding more likely) of diatribe between characters who are not useful to the story, lack of explanation of the setting they are in, and the utterly missing elements to this story this Manga is not even worth reading past chapter 2; let alone chapter 5. Giving it s 2/10 at best (if only for the half-decent character designs) but recommend staying away from this garbage

well, you can't tell anything from this cancelled manga. but from what i've seen, i don't like this manga's story. the MC haven't show his power, so all i can say is he's weak. and i hate the last chapter. 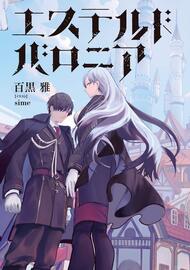