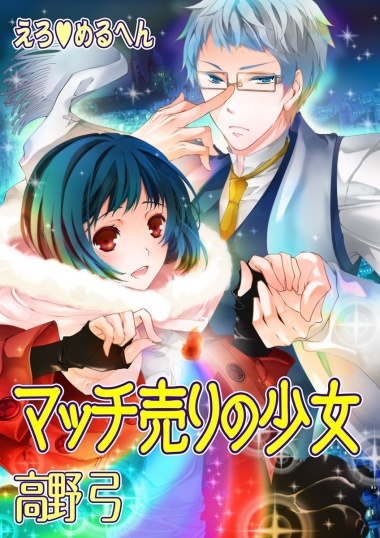 The story deviates from the fairy tale right at the beginning by having the little match girl Nene have a thriving match-selling business rather than a struggling one. Honestly, fe spends more time as a maid in the lord's mansion than as a street peddler. But that was probably done to fit in the type of sex scenes they wanted to fit in. Some of the other story elements from the fairy tale are included, but reinterpreted. Like having wishes tied to feir lighting the matches (though in this manga, they're magical matches which are actually granting fem wishes). And having a Father who will be abusive of fem if fe doesn't sell things (though in this manga, fe's trying to get fem to sell feir body).