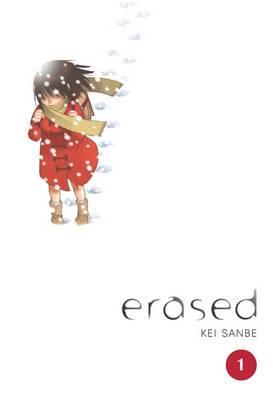 Both of these manga are about a character with knowledge of the future attempting to prevent another person from dying.

They both hold a strong message of being thoughtful of those around you since you never know who will be gone in the future. Both plots also involve changing the past to make the future different.

Dealing with time travel and going back in time to prevent a certain death.

Kinichiro isn’t even that bad. It’s just that on the first day of high school, his eyes made him look shifty, so people assumed he was trouble. Now it’s graduation, and he’s looking back on three years with no friends. He never even joined a club. But after a bloody collision and an accidental fall, he wakes up a high school freshman, with the chance to try it all over… AGAIN!!

Time-travel, going back in time to change the future.

The main characters of they manga have the ability to see events that happen in the future. Each struggle to use their ability for good by aiding people they know are in danger.

In the year 2022, Kazamidori Aki works at the Time Travel Research Facility with her assistant Miyama. They use a technology called Aston that has scanned every detail of the city for the past twenty years and recreates the past exactly as it appeared into a client’s mind. This process called the In-Brain time travel allows the user to visit his past. But because it is only in their mind, they are unable to change anything in the present so no time paradoxes occur. Aki uses her services to help those who made mistakes in their past and help them change their ways. There is something odd about Aki’s past that makes her very unique and she has to deal with the skeletons in her closet.

Both mangas are about reminiscing and facing the mistakes of the characters' past, although Kasuga Laboratory is episodic.

In the entertainment industry, lying is both your strongest weapon and an exceptional form of love. Goro, a gynecologist and a massive B-Komachi stan, finds his life turned upside down when his newest patient turns out to be B-Komachi member Ai-chan herself! Despite the industry seeing children as a idol's death sentence, the 16-year-old Ai still desperately wants to give birth. So under the cover of secrecy, Goro helps the young idol with her prenatal care... only to be attacked and killed the night she's due to give birth. Reincarnated as one of her newborn twins, Goro (now Aquamarine Hoshino) gets to spend 24 hours a day in the arms of his favourite idol! But can a ditzy young idol with a life full of lies make a good mother? And what of Ruby, his suspiciously verbose sister?

While these manga aren't exactly identical, they contain many similar elements and give off the same vibe while reading. While in Erased the MC goes back to the past and in Oshi no Ko the MC reincarnates, both manga contain a return to being a child happening after a murder has taken place. Beyond this, a vital element to both series is the investigation of both MC's mother's murders. Most of all, both series seamlessly blend slice of life and Mystery/Tragedy elements in a way that keeps you on the edge of your seat while still being able to make you laugh and put a smile on your face.

In the present, murders are solved not by investigations, but by memories. Using the removed brain of a victim, the members of Forensic Investigation Office Section Nine examine the person's last thoughts to determine a suspect and motive in the case. Many oppose the violation of their loved ones' private and personal memories; but what they don't understand is that behind the scenes, even the investigators themselves are often conflicted with their deeds. Aoki Ikko is one such man who struggles to overcome his own mental doubts about his profession, while trying his best to take down those responsible for the crimes.