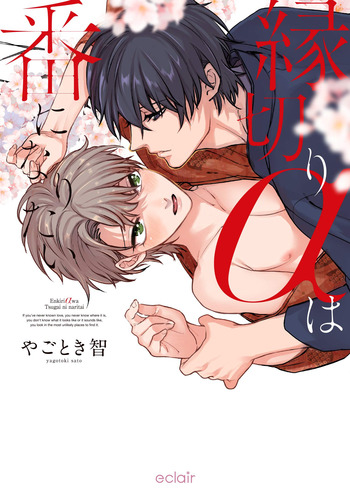 If you're looking for manga similar to Enkiri α wa Ban ni Naritai, you might like these titles.

Jean Claude Battle is an affluent French aristocrat and a world renowned artist. Even though he seduced the hotel concierge Tooru into his bed, he never made any promises regarding their future. Tooru is aware that he is just one of many, yet he couldn't resist the French aristocrat's advances...

Recently, the Royal Fort Hotel Tokyo has been receiving many concerned inquiries about the availability of more reasonably priced packages and the usage of relaxation facilities. 'Why does this matter?' you might ask. Well, it matters because it is just the cherry on top of the Seriously Super Stressful Sundae that the Royal Fort Hotel's young general manager Yoshitomo Hasunobe has been served by the Melqueens hotel! A.K.A. their new RIVAL. Just thinking about it makes him want to flail his arms in the air and scream! Do they have some kind of personal vendetta against him!? While huffing and puffing may be cathartic, Yoshitomo must do something about the rivalry. He must find his brother, the hotel manager, to work something out. But first, it seems that GM Hasunobe must tend to one of his guests who appears to have gotten too drunk and is passed out in the lounge! Oh, what a job!

Takao, the manager of a long-established inn, is approached by the landlady one day with a request: to train the inn's heir, Chiaki. Once an angelic little boy, Chiaki has grown into a bit of a playboy. The story of their love starts unexpectedly on his first day of training. That evening, when Chiaki is told he can't go out at night to mess around, he responds with an unusual request: "In exchange, if I try my best, I want to get a treat for it." When Takao agrees, he suddenly finds Chiaki inching closer... with a lustful expression. Shaking as Chiaki's hot tongue explores his mouth, he feels engulfed with a newly discovered pleasure.